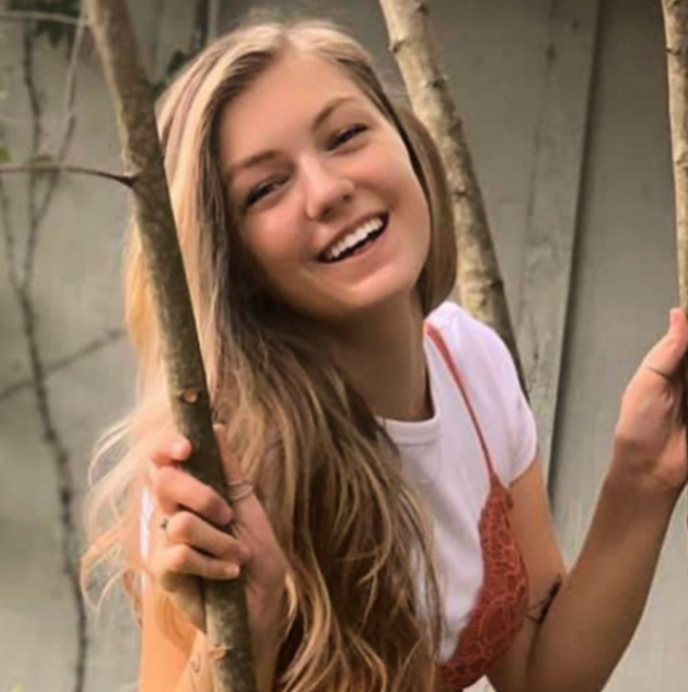 The FBI said it was executing a search warrant at the home of Brian Laundrie — the man police say is a person of interest in the death of his fiancée, Gabby Petito. A body believed to be Petito’s was discovered over the weekend at a Wyoming national park the couple visited, and investigators have been searching for Laundrie.
“The #FBI is executing a court-authorized search warrant today at the Laundrie residence in North Port, FL relevant to the Gabrielle “Gabby” Petito investigation. No further details can be provided since this is an active and ongoing investigation,” the bureau tweeted.
Laundrie’s parents were detained in an unmarked vehicle and then allowed to return inside as the search continued, a CBS News crew on the scene reported.
police had put crime scene tape around the Laundrie family home early Monday. Video shot by local media showed officers and FBI agents arrive at the home, some with guns drawn.
police said they had suspended the search in a Florida nature preserve for Laundrie. The North Port Police Department said in a news release that the agency “currently has no plans to conduct a major search” of the 24,000-acre Carlton Reserve in Sarasota County, Florida, and that officers had “exhausted all avenues in searching of the grounds there.
Later, the police said “law enforcement agencies continue to search for Brian Laundrie.
a large police presence was still at the Laundrie family’s North Port home, where Laundrie’s silver Mustang was parked in the driveway,
Last week, Laundrie’s lawyer told WTSP his whereabouts were “currently unknown,” adding that Laundrie was last seen by his parents
Investigators focused intently over the weekend on the wildlife area after Laundrie’s parents told police he may have gone there last week. The reserve has with more than 100 miles of trails and numerous campgrounds.
In Wyoming, the FBI announced Sunday that a body discovered in northern Wyoming was believed to be that of the 22-year-old Petito. The body was found by agents searching campsites on the eastern border of Grand Teton National Park.
“Saddened and heartbroken to learn that Gabby has been found deceased,” the North Port Police Department tweeted. “Our focus from the start, along with the FBI, and national partners, has been to bring her home. We will continue to work with the FBI in the search for more answers.
The cause of death not yet been determined, said FBI Supervisory Special Agent Charles Jones. Specifics on where and how the body was found were not disclosed.
“Full forensic identification has not been completed to confirm 100% that we found Gabby, but her family has been notified,” Jones said. “This is an incredibly difficult time for (Petito’s) family and friends.”
Jones and other law enforcement officials declined to take questions during a Sunday evening news conference in Grand Teton announcing the body’s discovery.
An undeveloped camping area on the east side of Grand Teton, bordering national forest land, will remain closed until further notice while the investigation continues, Jones said.
Jones said investigators were still seeking information from anyone who may have seen Petito or Laundrie around camping sites in the area of Spread Creek, where law enforcement search efforts focused over the weekend.
Petito’s father, Joseph, posted on social media an image of a broken heart above a picture of his daughter with a message that said, “she touched the world.
An attorney who has been acting as a spokesman for Petito’s family asked in a statement that the family be given room to grieve. Attorney Richard Benson Stafford indicated the family would make a public statement at a later date, and he thanked officials with the FBI, Grand Teton Search and Rescue and other agencies that participated in the search for Petito.
The family and I will be forever grateful,” Stafford said in a statement.
The pair left in July on a cross-country trek in a converted van to visit national parks in the U.S. West. Laundrie was alone when he drove the van back to his parents’ home in North Port, Florida, police said.
Petito’s family filed a missing persons report on September 11 with police in Suffolk County, New York.
Petito’s family had been pleading for the Laundrie family to tell them where their son last saw her. Petito and Laundrie were childhood sweethearts who met while growing up on Long Island, New York. His parents later moved to North Port, about 35 miles south of Sarasota.
The couple’s trek in the Ford Transit began in July from Long Island. They intended to reach Oregon by the end of October, according to their social media accounts. But Petito vanished after her last known contact with family in late August from Grand Teton National Park in Wyoming, authorities said.
Police video released by the Moab Police Department in Utah showed that an officer pulled the van over on August 12 after it was seen speeding

Ida downgraded to a tropical storm, 16 hours after striking in Louisiana as a...