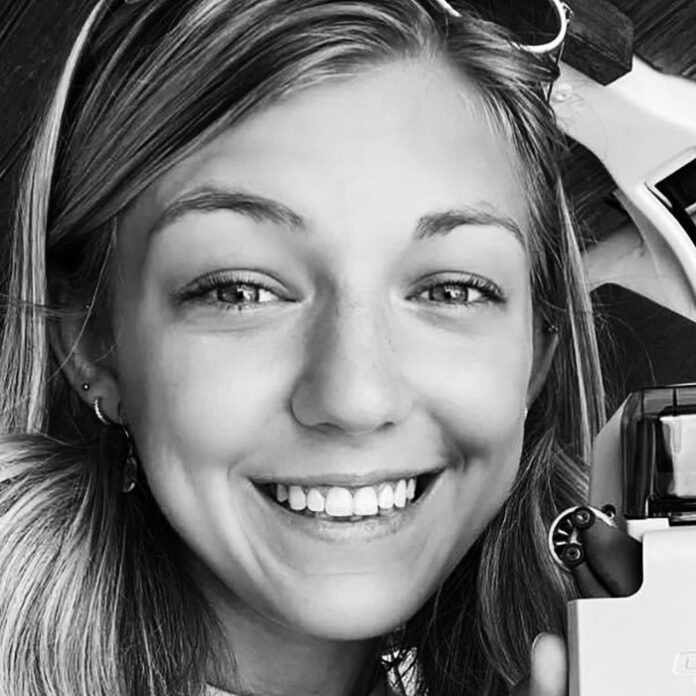 (Reuters) – FBI agents on Monday were seen entering the Florida home of the parents of Gabby Petito’s fiance Brian Laundrie, as her family waited for official identification of remains found in a Wyoming national park, close to where the couple was last seen together while on a cross-country van trip.
The FBI’s Tampa office said on Twitter it was executing a “court-authorized search warrant” relevant to the Petito investigation.
Police in North Port, Florida, said earlier on Monday that the search for Brian Laundrie had shifted away from the Carlton Reserve, a vast natural area near North Port on the west coast of Florida that law enforcement had been combing. Laundrie’s family said they believed he entered the area last week, according to police.
“We currently believe we have exhausted all avenues in searching of the grounds there,” the department said on Monday in a statement. “Law enforcement agencies continue to search for Brian Laundrie.
Police and FBI agents on Sunday said they found a body “consistent” with Petito, a 22-year-old woman whose disappearance has captivated the United States.
Members of Petito’s family reported her missing on Sept. 11, 10 days after Laundrie returned home from a months-long cross-country trip in the van without her.
The site where the body was found was not far from where two travel bloggers filmed the couple’s van, seemingly abandoned, along a dirt road near Spread Creek on the evening of Aug. 27, two days after Petito’s last confirmed contact with her family.
Petito’s father, Joseph Petito, posted a photograph of his daughter on Twitter following the news conference. The photo, which shows her standing between two painted wings, was captioned with a broken heart and the words: “She touched the world.”
Laundrie has been named a “person of interest” in the case but has not been seen since leaving his family’s home in North Port. read more
Before disappearing, Laundrie refused to speak with investigators and retained a lawyer.
North Port police said they learned from Laundrie’s family only on Friday that he had been missing for three days.
“Saddened and heartbroken to learn that Gabby has been found deceased,” North Port police said on Twitter. “Our focus from the start, along with the FBI, and national partners, has been to bring her home. We will continue to work with the FBI in the search for more answers.
Petito and Laundrie left her home state of New York in June, heading west in the van with plans to visit national parks along the way and documenting the trip on social media.
Petito posted her last photo on Aug. 25. Her family believes she was headed to Grand Teton National Park in Wyoming when they last heard from her. She was last seen walking out of a hotel in Salt Lake City on Aug. 24.
Last week, police in Moab, Utah, released body camera footage of an Aug. 12 encounter two of their officers had with the couple during a traffic stop.
In the video, Petito is sobbing as she describes a quarrel with Laundrie that she says became physical at times. The officers did not detain the couple but insisted they spend that night separately, Petito in the van and Laundrie at a hotel.
Reporting by Maria Caspani in New York and Dan Whitcomb in Los Angeles; Additional reporting by David Shepardson in Washington; Editing by Lisa Shumaker

Explosions inside a ship in an American port

Teenager kills 5 of his family then calls 911

Detransitioned teen wants to hold ‘gender-affirming’ surgeons accountable: ‘What happened to me is horrible’