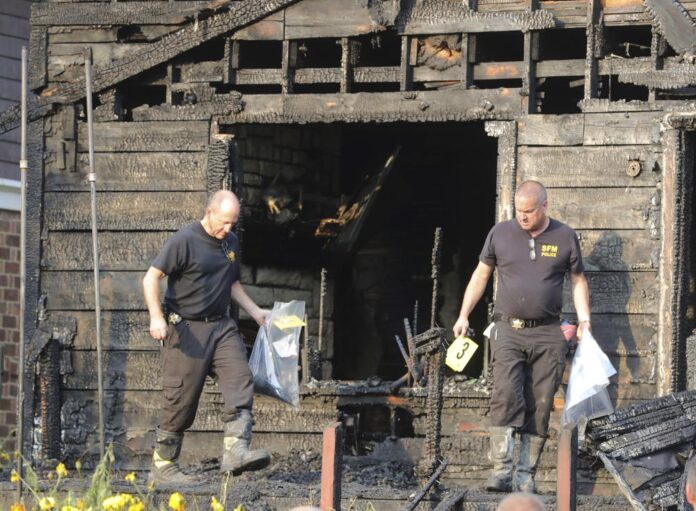 Two adults and three children were killed, according to the Summit County Medical Examiner’s Office.

Three adults and a child who were injured were taken to the hospital, Akron fire Lt. Sierjie Lash told the Akron Beacon Journal.

Their conditions weren’t known. Authorities haven’t released the names or ages of the victims.

The three Akron students who died attended different city schools — one at an elementary building, another at a middle school and the third in high school, district spokesperson Mark Williamson confirmed in an email.

Another child who was taken to the burn unit of a children’s hospital is a student at a different elementary school, he said. That hospital doesn’t publicly share details about patient conditions.

“We cannot express our shared grief, in words,” Fowler-Mack said in an emailed statement. “Our best efforts now are focused on connecting with our students and staff who will be affected by this.”

Akron firefighters arrived on the scene and found relatives and neighbors trying to get family members out of the home.

All NorthShore U Health staff must vaccinate by Oct. 31.

Messi breaks down, says he wasn’t ready to leave Barcelona

Man shoots himself during traffic stop in New Ulm, dies at hospital