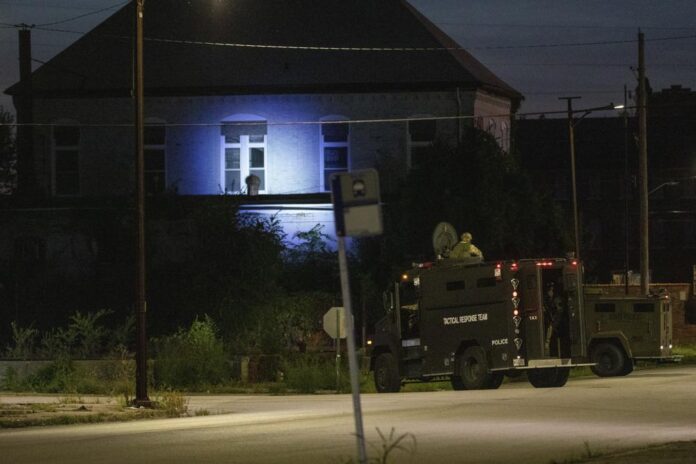 Police say it was a wild incident that included a getaway car crashing into a commuter train. The shooting occurred afternoon, across the Mississippi River from St. Louis. No details were released about the condition of the seven victims, which included a child, or a possible motive. After the shooting, a vehicle collided with a MetroLink train, and the people in the car fled. Police say three suspects were arrested early Friday in the basement of a partially demolished building in East St. Louis.

One person killed and two rescued in a television broadcasting tower accident in Baldwin...