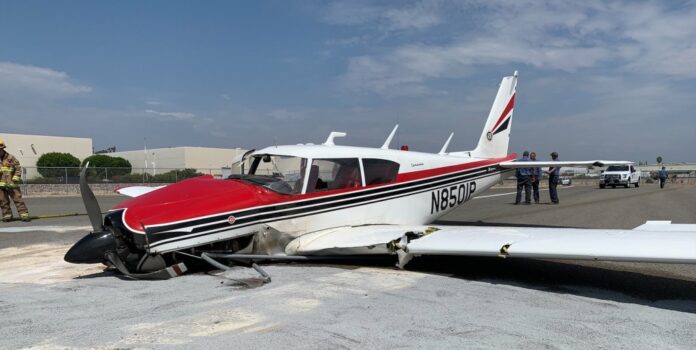 A small Piper PA-24-400 airplane crash-landed at the Fullerton Airport on the afternoon, leaving the pilot Ronald Richmond and passenger Donald Mikami (a flight instructor) injured.
They were transported to a local trauma center and have since been released.
The Fullerton Fire Department and the Orange County Fire Authority responded to the crash on the north side of the Airport. The Federal Aviation Administration is investigating the crash.
According to Fullerton Airport Manager Brendan O’Reilly, the pilot (Richmond) was undergoing a bi-annual flight review with Mikami. The airplane came in too low for its landing, clipped a chain link fence, and crash-landed on its belly.
The crash caused the airport to be closed to air traffic for several hours.