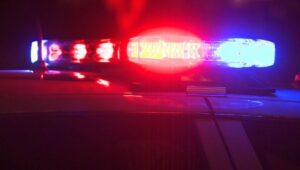 KANSAS CITY, Mo. — Just after midnight, police say a 47-year-old Raytown man was ejected from his motorcycle after crashing into a sedan.

Police responded to the scene at Truman Road and Ewing Avenue and the investigation showed that a Chevrolet sedan pulled into the path of a westbound Harley Davidson that then struck the sedan.

The man on the motorcycle was taken to the hospital with life-threatening injuries. The driver and lone occupant of the sedan is a 73-year-old Kansas City, Missouri man and was not injured during the crash.

Winthrop students for change are marching to ‘Take Back the Night’

Israeli army says it fires back after 3 rockets from Lebanon