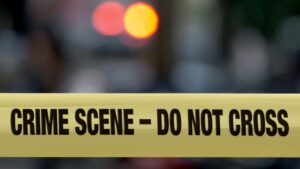 HUMPHREYS COUNTY, Tenn. (WKRN) — Twin babies have died after being swept away by floodwaters in Waverly, Tennessee, as their family tried to escape the rising water early Saturday morning.

Grandmother Angie Willeby told WKRN that 7-month-old twins Ryan and Rileigh were lost in catastrophic flash flooding in Humphreys County. She said their parents were trying to escape the rising waters with their four children when the twins were swept away.

Their bodies were later found after an extensive search, she said. Willeby added that their other two siblings were not harmed.

The family has set up an online fundraising page to help with funeral expenses.

At least 22 people have died as a result of the flooding in Humphreys County, according to Sheriff Chris Davis, with as many as 25 still missing.

Saturday’s flooding took out roads, cellphone towers and telephone lines, leaving people uncertain about whether family and friends survived the unprecedented deluge, with rainfall that more than tripled what forecasters had expected. Emergency workers were searching door to door, said Kristi Brown, a coordinator for health and safety supervisor with Humphreys County Schools.

Many of the missing live in the neighborhoods where the water rose the fastest, said Davis. The names of the missing were on a board in the county’s emergency center and listed on a city of Waverly Facebook page.

The Associated Press contributed to this report.