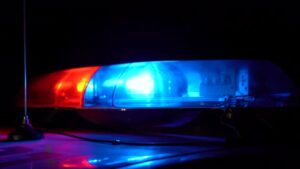 KANSAS CITY, Mo. — A man is dead after KCPD were called to 118th Street and Delmar Drive for a disturbance.

When officers arrived on scene, they found the man unresponsive from stab injuries. He was declared dead later at the hospital.

Police detained one person from the scene and are questioning others that were there.

This incident continues to be under investigation. Anyone with additional information is asked to call the Homicide Unit at 816-234-5043 or the TIPS Hotline 816-474-TIPS.