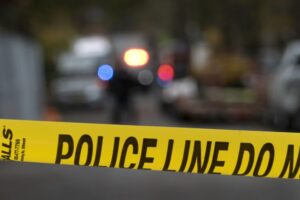 PEORIA (WEEK) – Police say three adults were hospitalized after a shooting in a Peoria neighborhood.

Peoria Police responded to a ShotSpotter alert at approximately 5:54 p.m. Thursday night to the 200 block of North Charlton Street.

Three adults suffered gun shot wounds and were all taken to a local hospital. All three of the victims are deemed to have non-life threatening injuries.

Heart of Illinois ABC talked with Lieutenant Bryan Sylvester at the scene. There is currently no suspect information available as well as no arrests made.

As of 7:15 p.m. there was still a decent amount of police presence on scene.

All of the streets in the surrounding area are open.

The post Three hospitalized after shooting in Peoria neighborhood appeared first on WEEK.