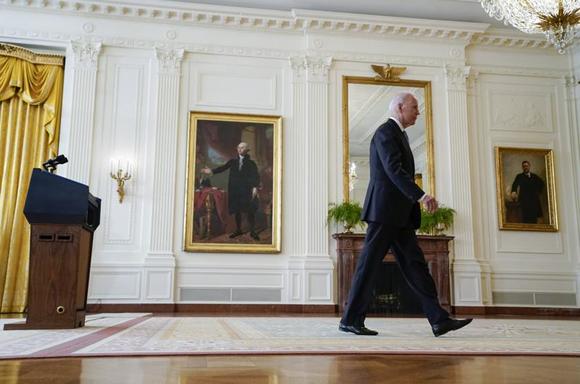 WASHINGTON (AP) — President Joe Biden ignored his own administration’s failures when he tried to explain why desperate civilians in Afghanistan’s capital have been left stranded and in danger from the Taliban because of the swift U.S. departure.

While asserting “the buck stops with me,” Biden blamed Afghans in large measure for the chaotic evacuation at Kabul’s airport and conceded no missteps.

A look at his remarks:

BIDEN: “I know there are concerns about why we did not begin evacuating Afghan civilians sooner. Part of the answer is some of the Afghans did not want to leave earlier, still hopeful for their country. Part of it because the Afghan government and its supporters discouraged us from organizing a mass exodus to avoid triggering, as they said, a crisis of confidence.”

THE FACTS: This is a misleading explanation that skirts the U.S. failure to anticipate and prepare for the rapid fall of the Afghan government.

While some Afghans may have wanted to stay in their country until the lightning Taliban takeover of the last several days plenty didn’t. The United States as of last month had a visa application backlog of 18,000 Afghan translators and others who believed themselves to be in danger from the Taliban for their work with the Americans.

Many had waited years for the U.S. to finish processing their visa applications. Non-government organizations complained that the U.S. continued to cling to its intensive paperwork process that requires years, bundles of documents and often repeated tries to work through.

Thousands crammed the airport and tarmac earlier in a frantic rush to escape the Taliban, some clinging to a military jet even as it took off, falling to their deaths. U.S. officials said at least seven people died in the chaos.

Texas gunman was inside the school for over an hour

Ashley Graham goes makeup free as she gives a candid insight into breastfeeding her...

Two were injured in a shooting near downtown Pensacola