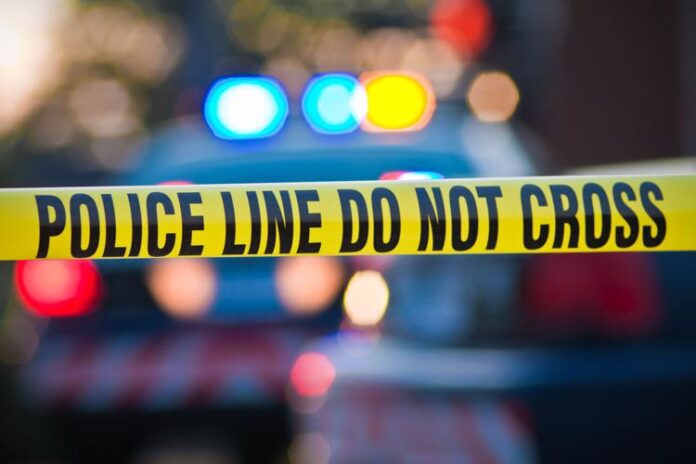 A 34-year-old man suspected of shooting and killing his estranged wife at a Bellevue bar at night was arrested, investigators said.

Officers responded after people reported seeing a person who was shot and the suspect leaving the scene after 10 p.m. at Sam’s Tavern, located in the 900 block of 108th Avenue Northeast

During a news conference, police said a man walked into the bar and shot his estranged wife, who was an employee, behind the bar near the dining area.

The man then ran away from the scene and threw away his gun at a nearby construction site, according to investigators.

When officers arrived, they found the 26-year-old woman with a gunshot wound and immediately started life-saving measures until Bellevue fire crews got to the scene to take over. She died from her injuries.

Investigators blocked off Bellevue Way and Northeast Eighth Street to look for the suspect and after an extensive search, the suspect was found and arrested without incident before midnight.

The weapon was later recovered

The suspect, who was later identified as Dylan Scott Jennings, was booked into the King County Jail on suspicion of first-degree murder.

No other employees were hurt and there were a few customers at the bar.

It is not known what led to the fatal shooting but police are calling this a domestic violence homicide investigation.

Shane Andrew Cisco was killed in an Elkton shooting,

US has enough COVID-19 vaccines for boosters, kids’ shots