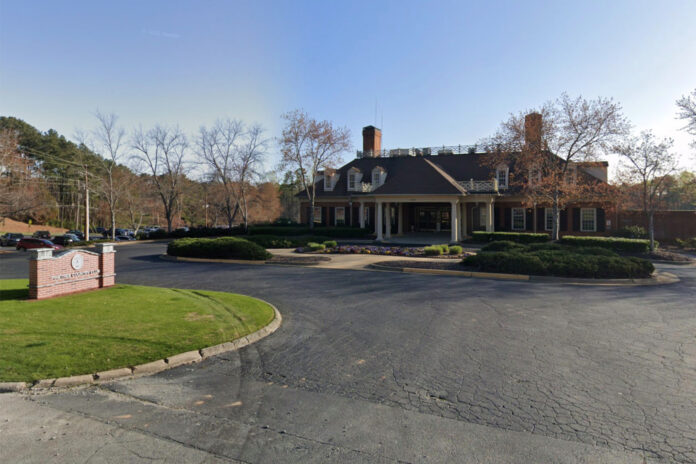 A Golf pro at a Georgia country club was fatally shot near the course’s 18th hole, according to officials and reports.

Gene Siller, 41, was on the course of the Pinetree Country Club near Kennesaw around 2:30 p.m. when he was gunned down, the Atlanta Journal-Constitution reported.

Police have only said that the gunman’s pickup truck drove onto the course and got stuck — with the driver then shooting Siller when he went to investigate.

No arrests have been reported.

“We are still in the preliminary stages of the investigation and will provide additional details as they are received,” Cobb County Officer Shenise Barner told the outlet.

The suspect was described as a 6-foot-1 man with long hair wearing a white or tan shirt and dark-colored pants.

The country club is near Kennesaw State University and is used by the school’s golf teams.

The Georgia Pro Golfers Association and the state association both expressed condolences online over the fatal shooting.

“All of us at the GSGA are deeply saddened by the tragic events that occurred earlier today at Pinetree CC,” the Georgia State Golf Association said on Twitter. “Our thoughts and prayers are with Gene Stiller’s family and friends.”

According to a GoFundMe page set up for Siller’s family, he is a married father of two young boys.

Baby, 6 months, shot and killed in Atlanta; ‘This one hurts,’

2 dead, 2 hurt in shooting near West Seattle in White Center

Kiely Rodni ‘has been secretly cremated’ as the cause of death remains a mystery...