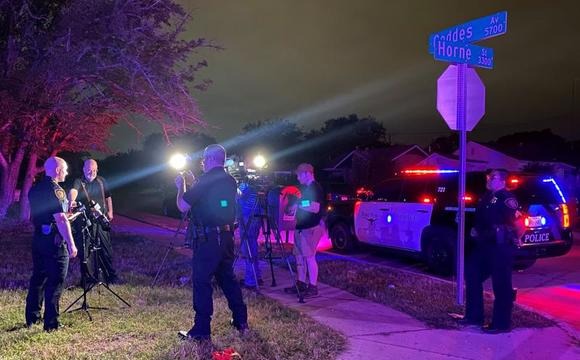 which it appears multiple guns were used, police said.
Police said in a statement that the eight gunshot victims were taken to hospitals and were in stable condition. Police said no suspects were in custody.
Police said that an officer in the area heard gunshots at about 1:30 a.m. and when officers arrived, they found the eight people who had been shot.
Fort Worth police Chief Neil Noakes said officers provided medical care to the injured on arrival.

A man was shot dead by police in Chicago

No arrests after 3 wounded in shooting at Los Angeles bar

Morton Salt cuts 40% of staff at its Chicago headquarters