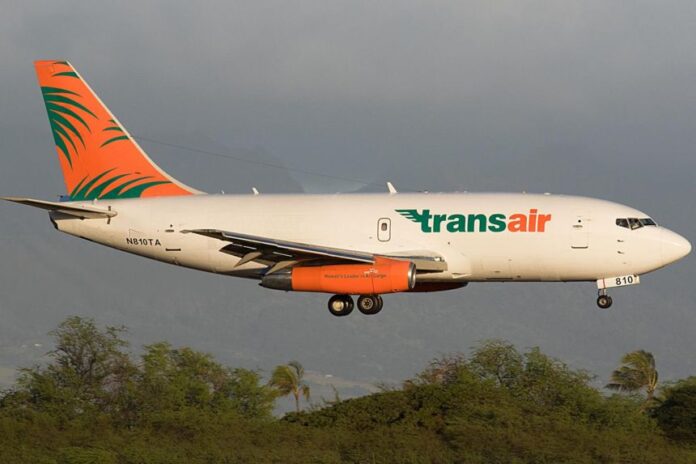 HONOLULU (AP) — A cargo plane crashed in the Pacific Ocean off the coast of Hawaii early Friday and both people on board have been rescued.

The Federal Aviation Administration said in a statement that the pilots had reported engine trouble and were attempting to return to Honolulu when they were forced to land the Boeing 737 in the water.

A Coast Guard spokesperson said rescuers in a helicopter spotted the debris field and two people in the water around 2:30 a.m.

One person was hoisted into the Coast Guard helicopter and taken to a hospital in critical condition.

The Honolulu Fire Department rescued the other person who was is in serious condition.

The FAA and the National Transportation Safety Board will investigate.

Double gunfire victims found in the car; both victims die

Volvo recalls thousands of older cars over risk of explosions