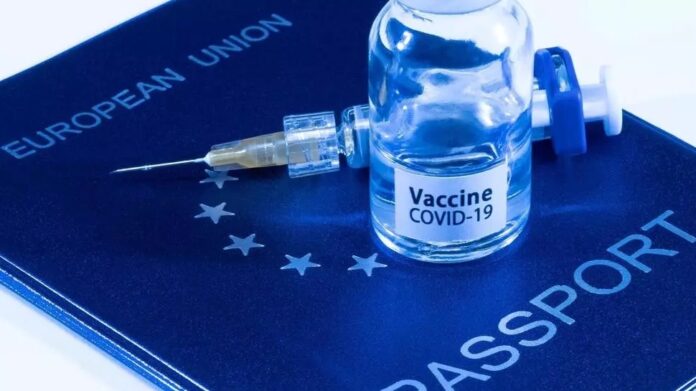 After much controversy, the “European Union Digital Certificate for Covid” will be launched in early July. How will the health certificate use data related to COVID-19 vaccination, virus and immunity tests, in preparation for the return of tourism and unnecessary travel in the summer, throughout the European Union?

On the 1st of July, the “European Union Digital Certificate for Covid” will be launched, which took many scientific and political discussions and changed its name several times. How will the health certificate use data related to COVID-19 vaccination, virus and immunity tests, in preparation for the return of tourism and unnecessary travel in the summer, throughout the European Union?

What information will the certificate carry?

The document, which was often referred to informally during its preparation as the “vaccine passport,” then the green document and now a certificate, is a digital document designed to allow authorities across the European Union to recognize and read it.

The certificate will show whether its holder received a vaccine against Covid-19 or recently took a test to detect the virus, or if he had immunity as a result of his earlier infection and recovery from the disease.

However, the member states did not agree on a common standard regarding when to conduct the polymerase chain reaction test, known as “PCR”, to ensure the validity of the certificate, and the rules ranged between 24 and 72 hours before reaching the destination.

To prove the acquired immunity, a test can be shown that dates back to the time the examination was conducted when infected, but that protection only lasts 180 days, and member states can take a unilateral decision on a shorter period.

And the antibody test is not yet sufficient to prove the acquired immunity from the infection, but this will be reviewed within four months of the start of the new procedures.

What vaccines are acceptable?

EU member states will be asked to admit travelers who have received the required doses of one of four vaccines approved by the European Medicines Agency, namely Pfizer / Biontech, Moderna, AstraZeneca and Johnson & Johnson.

Member states can choose, without being obligated, to consent to the entry of people who have received vaccines approved by some member states, such as the Russian Sputnik-V vaccine used in Hungary, a member of the Union.

It can also decide to recognize other vaccines approved by the World Health Organization, such as the Chinese Sinopharm.

How to submit the document?

If a traveler is required to present a health certificate, he can show the QR code on the screen of his phone or tablet, for example, or a document printed on paper. The certificate design includes a unique digitally signed signature that connects the reader to the traveler’s data related to Covid.

Member states will decide separately whether to link this data to their national injury tracking and monitoring program, or to use a separate app.

According to the text adopted by the European Union countries, the certificate contains only “absolutely necessary” data to monitor safe travel, and it is required that the application respect European laws for the protection of personal data. The information is not transmitted between countries, but only the button that allows the validation of the certificate. The data is not preserved in the countries of arrival or transit after verification.

Will he impose a quarantine?

In principle, travelers with a health certificate are not required to be quarantined upon arrival in another European Union country, but exceptions are provided.

However, if the epidemiological situation in the country or region of departure worsens rapidly, or if a dangerous new mutant emerges that has not undergone tests, these measures can be applied.

And if a member state of the European Union wants to impose emergency restrictions such as these, it must inform its partners 48 hours before their application, and travelers can visit the website “RE-OPENEU” (Reopening the European Union) to take note of any amendment of the rules.

The vaccination campaigns will not include children and boys in most European Union countries before the summer holidays, and they must undergo an examination before traveling, even if their relatives hold a health certificate.

Who are the countries covered by this certificate?

The health document system applies to the 27 member states of the Union in addition to the neighboring countries of Iceland, Norway and Liechtenstein. To date, successful tests of the European Union data platform have been conducted in 18 of these countries.

The European certification legislation begins on July 1 and lasts for 12 months as an initial period.

However, there will be a six-week transition period for countries that are not yet ready to start applying the degree according to the European Union model. During that period, other countries in the EU are required to accept national vaccine records if they contain the same information.

What about countries outside the European Union?

Many countries of the Union have shown keenness to receive visitors from countries such as Britain, Switzerland and the United States, outside the scope of the European Union certification.

Talks are continuing with the World Health Organization and airlines on how to make certification systems mutually recognized and enable their operation.

1 of 2 parties in shootout that injured 1-year-old in custody; other still sought

Man wanted for murder of woman in NoDa, other violent crimes across NC, captured...