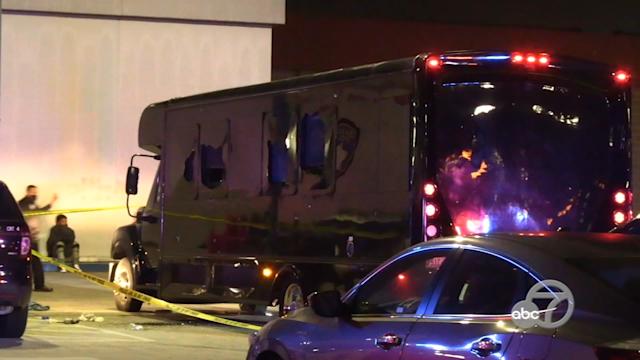 Authorities said one person opened fire on a party bus on a San Francisco Bay Area highway, killing two women and wounding at least 3 others.

The East Bay Times reported that passengers were celebrating the woman’s 21st birthday when the bus was attacked at around 12:20 a.m. on Interstate 580 while returning to Oakland from San Francisco.

Authorities said that the shooter or shooter in another car started shooting at the bus and then followed it from the highway and continued shooting at it on the city streets. Dozens of shots were fired at the party bus.

“Based on the initial investigation, this shooting does not appear to have been a random event,” according to the California Highway Patrol, which is investigating Oakland Police.

At least three women were injured and taken in an ambulance to a hospital from an Auckland police station, where the bus driver drove the car after the shooting.

Relatives told the newspaper that one of the dead was a 19-year-old resident of Stockton. The Alameda County Mortality Office said one woman died on the bus and the other in a hospital in Oakland.

A man who introduced himself as the father of the 21-year-old girl celebrating her birthday said she was shot in the leg but is in stable condition.

Last month, she shot a 25-year-old woman riding a party bus in Auckland. Authorities said there were more than 30 passengers on the bus that was supposed to go to San Francisco. None of the other passengers or the driver was injured, and the woman escaped.

7 presumed dead after plane crashes into lake in Tennessee