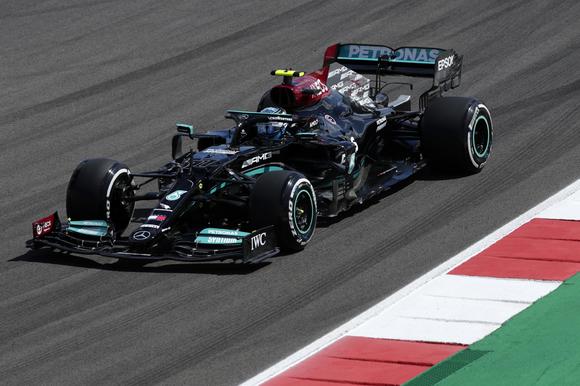 The Mercedes driver was .025 seconds quicker than Max Verstappen and .198 seconds ahead of Verstappen’s Red Bull teammate Sergio Perez.

Charles Leclerc was fourth fastest for Ferrari, ahead of defending champion Lewis Hamilton for Mercedes.

There is a second practice session later.

The Portugal GP is the third Formula One race of the season.

Hamilton leads the championship by one point from Verstappen with both drivers having won one race each.

One shot, 1 caught during a protest in Olympia, Washington

Officer fired at suspect during confrontation