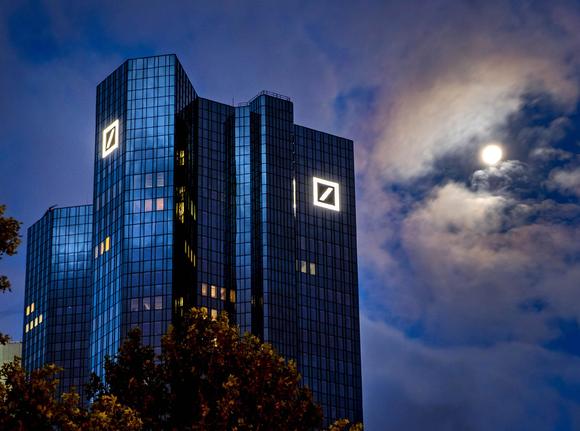 FRANKFURT, Germany (AP) — Deutsche Bank saw its strongest quarterly profits in seven years as the bank’s long-running restructuring achieved lower costs and as the bank suffered fewer loan losses in an economy that is rebounding from the worst of the pandemic recession.

The quarterly results showed a distinctly different narrative for the bank, which had struggled for years with high costs and low profits as it faced heavy fines and trouble with regulators over matters such as manipulating interest benchmarks, lax money laundering protections and selling mortgage-based bonds that went bad.

Profit attributable to Deutsche Bank shareholders was 908 million euros ($1.1 billion) in the first three months of the year. That compared with a loss of 43 million euros in the year-earlier period. Top-line revenues rose 14 percent to 7.23 billion euros. The company’s shares rose 10 percent to 11.20 euros per share after the announcement.

CEO Christian Sewing has led a two-year effort to exit riskier lines of business, cut costs and restore steady profitability. The bank on Wednesday was able to announce stronger profits and progress in shedding risky assets at a time when competitors such as Credit Suisse, UBS and Nomura have to explain losses connected to the collapse of hedge fund Archegos Capital Management. Deutsche Bank — in the front rank of previous scandals such as the one over U.S. subprime mortgage bonds — this time appears to be among the financial institutions that avoided serious trouble.

Asked on a conference call with journalists if the bank was now less risky and “boring,” Chief Financial Officer James von Moltke said that “we don’t shy away from your characterization of ‘boring’ as being a desirable thing for the company.” He said that the bank was “very focussed on risk management and we were very, very pleased to see that pay dividends in terms of our ability to navigate that particular situation.”

He said the bank “took no pleasure” in competitors’ troubles over “an unwelcome event in the industry.”

Among the factors contributing to the improved result was releasing money that had been set aside to cover loans that aren’t expected to be repaid. Provisions for credit losses fell 86% to only 69 million euros in the first quarter, down from 506 million euros in the year-ago period reflecting what the bank said was “an improved macroeconomic outlook.”

The bank said it had reduced its cost base for 13 straight quarters and cut its internal workforce to 84,400, down by 2,300 from a year ago.

The bank said pre-tax profit of 1.6 billion euros was the best quarterly group profit since the first quarter of 2014. “Our first quarter is further evidence that Deutsche Bank is on the right path in all four core businesses, and is building sustainable profitability,” CEO Sewing said in a statement.

Johnson County begins Pfizer booster shots for those 65 and older

Cubs have combined no-hitter through 7 innings vs Dodgers