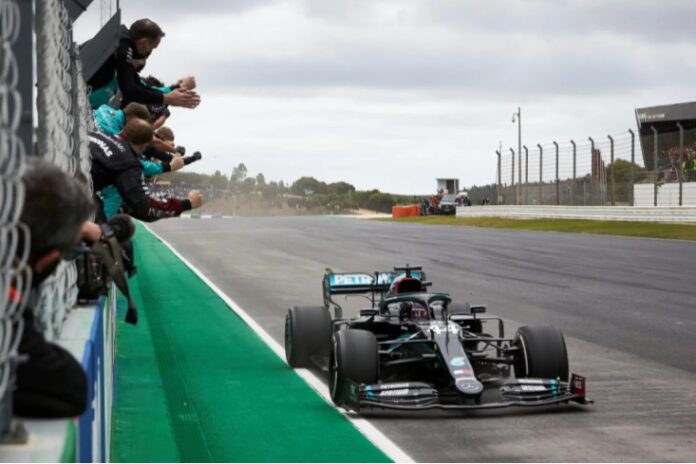 This weekend, the Formula One community heads to Portugal for the next race. The Portuguese Grand Prix returned to the F1 calendar for the first time in 25 years. Last year, F1 visited the Algarve Circuit in Portimao for the first time ever. Needless to say, Lewis Hamilton drew first blood when he won the race for Mercedes.

Recently, the Mercedes team and Toto Wolff put out a preview for this weekend’s race. He said, “Last year was our first race in Portimão. It’s an exciting, undulating track and produced some great racing in 2020; we also saw in qualifying and the opening laps that getting the tyres working properly is not easy.

“We’re expecting another close fight with Red Bull, and both McLaren and Ferrari could also be in the mix too. So, let’s see how things play out in Portugal.“

Wolff acknowledged that the Portimao circuit is still relatively new to the F1 calendar. Last year was the first time that any driver raced at the track. At least in a circuit like Imola and Turkey, the likes of Kimi Raikkonen, Lewis Hamilton and Sebastian Vettel were familiar.

However, the Algarve Circuit was a literal unknown, so this is a massive learning curve for everyone. For the Mercedes team in particular, things should be interesting and the German giants will be constantly learning. Of course, the team is not expecting to steamroll over the competition. This year, the Red Bull team and Max Verstappen have emerged as major title contenders.

Obviously, Red Bull will be hot on Mercedes’ tails during this weekend as well. However, the two outfits will be wary of a resurgent McLaren and Ferrari. At Bahrain, McLaren and Lando Norris surprised everyone, and Imola showed that their pace was not a flash in the pan. Meanwhile, Scuderia Ferrari have slowly begun to banish the demons of the 2020 season.

One thing is for sure, since Mercedes have snatched a win at Portimao, they are the favorites. However, Formula One is an unpredictable business. After all, who could have thought that Lewis Hamilton would make a mistake in the wet conditions and throw away a surefire race win?

Two people shot multiple times in the town of Whitewater