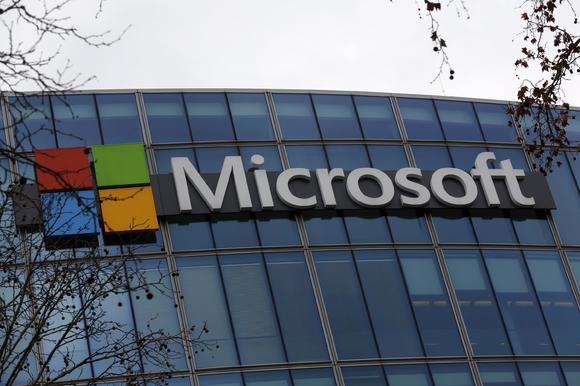 Microsoft’s business beat Wall Street expectations for the first three months of 2021, thanks to ongoing demand for its software and cloud computing services during the pandemic.

The company on Tuesday reported fiscal third-quarter profit of $14.8 billion, up 38% from the same period last year.

Net income of $1.95 per share beat Wall Street expectations. Analysts were expecting Microsoft to earn $1.78 per share on revenue of $41 billion for the fiscal quarter ending in March, according to FactSet.

The software maker based in Redmond, Washington, posted revenue of $41.7 billion in the January-March period, up 19% from last year.

Revenue from Microsoft’s productivity segment, which includes its Office suite of workplace products such as email, grew by 15% over the same time last year, to $13.6 billion. Its cloud computing business segment grew 23% to $15.1 billion.

The company’s stock, which is up about 18% so far this year, slipped about 3% in after-market trading following the release of the quarterly earnings report.

Why you might see a sadder, pricier pumpkin patch selection this year

Man sentenced to death in fatal shooting of Tennessee deputy

Wrongful death suit against Bloomington nursing home to be tried locally instead of federal...