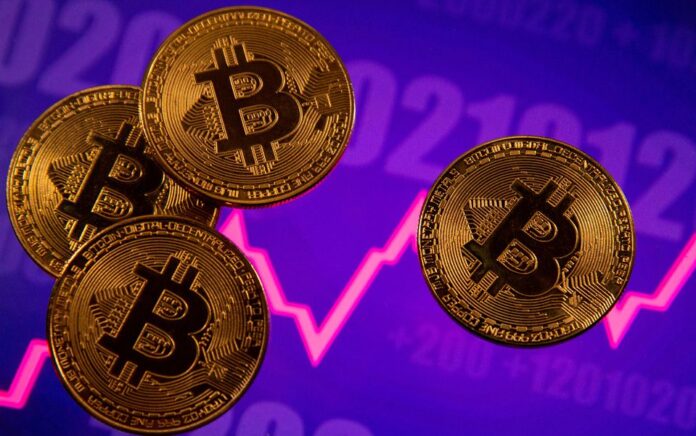 Bitcoin soared nearly 10% , after five straight days of losses, on reports that JPMorgan Chase (JPM.N) is planning to offer a managed bitcoin fund.

The cryptocurrency had slumped almost a fifth from its all-time high hit earlier this month.

It was last up 9.5% at $53,792.0 after touching its lowest since early March on Sunday. Other major coins ethereum and XRP , which tend to move in tandem with bitcoin, were up around 7.7% and 20.4% respectively.

JPMorgan is preparing to let certain clients invest in an actively managed bitcoin fund for the first time, CoinDesk reported on Monday.

Bitcoin has lost over 19% from its April 14 record of almost $65,000. Still, the cryptocurrency has risen over 80% this year, fuelled by growing adoption from mainstream investors and companies such as Tesla Inc (TSLA.O).