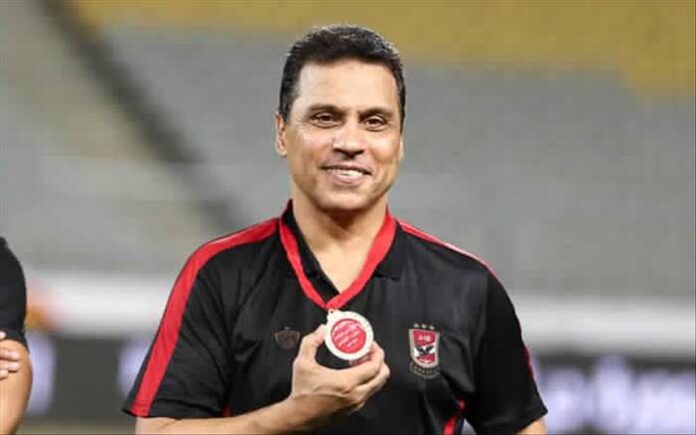 CAIRO (AP) — Egypt’s national team coach has tested positive for the coronavirus, the country’s soccer association announced.
Hossam el-Badry was diagnosed with COVID-19 after his daughter tested positive earlier this month, the Egyptian Football Association said in a statement. He has been isolated at his home, it said.
Egypt secured a spot last month in the 2021 Africa Cup of Nations and is hoping to reach the 2022 World Cup finals in Qatar. The record seven-time African champions would play in Group F along with Gabon, Angola and Libya.
The 61-year-old el-Badry, who was appointed to lead Egypt’s national team in 2019, is the latest player or coach on the national team to test positive for the virus.
Mohamed Elshenawy, goalkeeper of the national team and Cairo’s Al-Ahly soccer club, tested positive earlier this month and missed a game against archrival Zamalek in the local league.
In November, Liverpool striker Mohamed Salah tested positive after he traveled to Cairo to play in Egypt’s Africa Cup of Nations qualifier against Togo.
At the time, Salah attended his brother’s wedding and was seen — sometimes without a face mask — dancing among dozens of people.
In recent weeks, Egypt has seen a “slight but continual” spike in confirmed coronavirus cases. Health Minister Hala Zayed said Saturday that authorities have registered a weekly increase of up to 10% in some areas amid a third wave of the pandemic. She did not provide specific numbers.
Egypt, the Arab world’s most populous country with over 100 million people, has reported at least 221,570 confirmed cases, including some 13,000 deaths. However, the actual numbers of COVID-19 cases, like elsewhere in the world, are thought to be far higher, in part due to limited testing.

Floods displace thousands in the US state of Michigan

A man found shot, killed in a car passenger seat