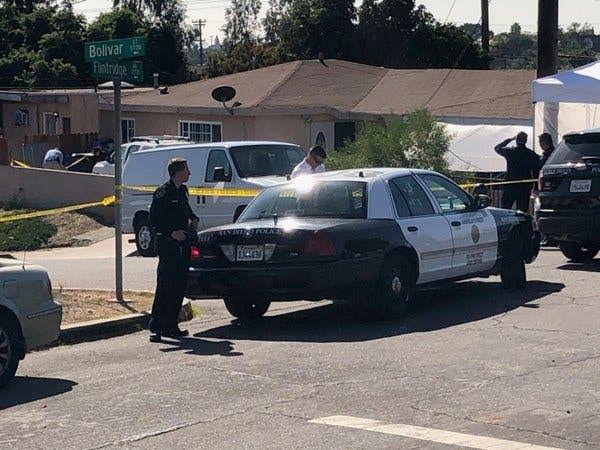 One person died and three others were wounded in a shooting in San Diego, police said.
The shooting happened in the downtown area, news outlets reported. The investigation spanned several city blocks, police said.
One person was taken into custody.
It was unclear what led up to the shooting and police did not immediately announce a motive.
Authorities have not identified the person who died.
The three people who were wounded were taken to hospitals for treatment, according to news outlets.