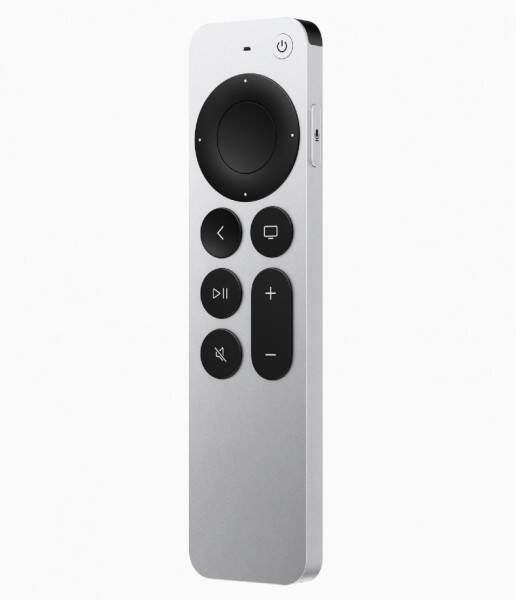 Apple announced the sixth generation of the Apple TV  streaming box at the April 20 Spring Loaded event. The new Apple TV comes equipped with a more powerful chipset inside, along with an all-new remote and other features like smart colour calibration.

Here’s all you need to know about the new Apple TV and the remote.

The new Apple TV 4K is powered by an Apple A12 Bionic chipset. In case that sounds familiar, that is the same custom-made Apple chip that powered Apple phones in the past like the iPhone XS and iPhone XR. The new Apple TV features a six-core design with two high performance and four power-efficient CPU cores along with a quad-core GPU.

The new specifications allow the Apple TV 4K to play HDR videos of up to 4K resolution at 60fps. Further, users can now also stream content directly from the iPhone 12 directly to the Apple TV 4K via AirPlay. Apple has also announced its partnership with FOX Sports, NBCUniversal, Paramount+, Red Bull TV and Canal+ to support HDR content at high frame rates on the new Apple TV 4K.

All about that new remote

Another highlight of the new Apple TV 4K is a new Siri remote controller. Unlike the last-gen Apple TV remote, the new one features a revamped design, that makes it easy to use in the dark. Instead of the flat touchpad in the middle, users will now find a circular direction pad that features five-way physical controls.

The touch-sensitive surface of the direction pad also lets users swipe on it to navigate through the Apple TV 4K UI (user interface). Running their fingers around the circular ring, users will also be able to scrub through the content they are watching, similar to the experience of the older iPods. Additionally, the new remote also gets a dedicated mute and power button, while the Siri button has been moved to the side of the remote now.

The new Siri Remote will be available separately for Rs 5,800 and will be compatible with the previous-generation Apple TV 4K and Apple TV HD. For the first time, AppleCare+ will be available for Apple TV, providing three years of technical support and additional hardware coverage, including up to two incidents of accidental damage protection every 12 months

The suspect told officers that he had killed a woman inside a house in...