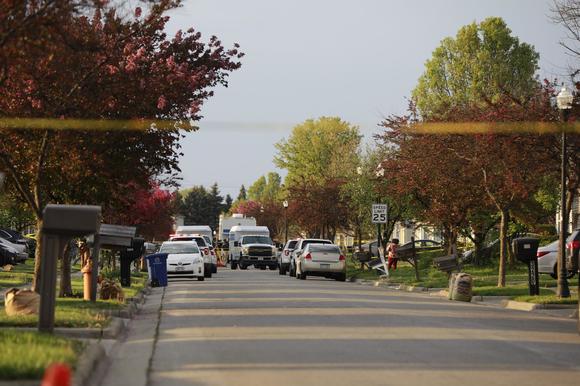 COLUMBUS, Ohio (AP) — Police shot and killed a teenage girl in Columbus on afternoon, according to newspaper reports, just as the verdict in the George Floyd murder trial was being announced.
The Ohio Bureau of Criminal Investigation was at the scene on the city’s southeast side, The Columbus Dispatch reported.
Officers had responded to an attempted stabbing call when police shot the girl at about 4:45 p.m., the newspaper reported. The 911 caller reported a female was trying to stab them before hanging up, according to the Dispatch.
The girl was taken to a hospital, where she was pronounced dead. Nobody else was injured, the newspaper reported.
Police who answered the department’s phone and officers on scene were not immediately able to provide details.
A crowd had gathered night at the scene on Legion Lane, which police had partially blocked off to traffic.
The shooting happened just before former Minneapolis Police Officer Derek Chauvin was convicted of murder and manslaughter in the killing of George Floyd.

3 shots, including a teenager, in East Downtown Alabama

Motorcyclist dies in crash during police chase in Wichita