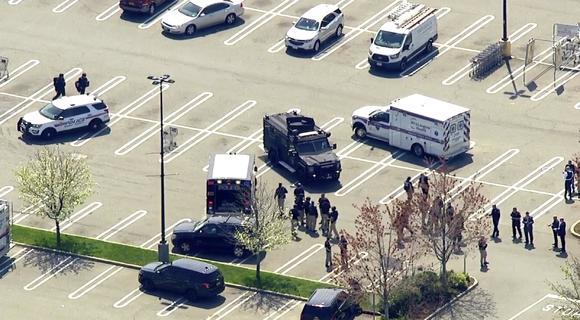 WEST HEMPSTEAD, N.Y. (AP) – One person was killed and two people were injured in a shooting a Long Island grocery store, Nassau County police said.
The person killed was a 49-year-old employee, police said at an afternoon press conference near the scene. The shooting happened inside a manager’s office, upstairs from the shopping floor.
There were around “a couple hundred” people inside the store, Nassau County Police Commissioner Patrick Ryder told reporters.
Ryder named a person of interest who had been employed at the store. It was unclear whether the person was still employed. No one was in custody in connection with the shooting. The person of interest had a small handgun.

Calls to #BoycottTexas surge in wake of new abortion law