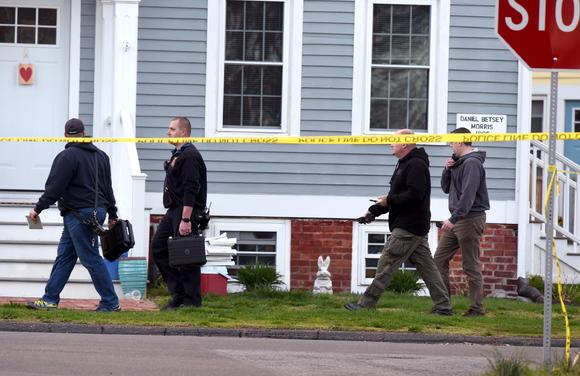 BRANFORD, Conn. (AP) — A gunman who held Connecticut police at bay for hours while randomly firing from a second-floor window on a busy street, injuring an innocent bystander, killed himself and was found with numerous weapons and ammunition, police said.

The chief medical examiner’s office identified the gunman as Matthew Walker, 38, and said he died from a self-inflicted gunshot wound to his head during Tuesday’s events in Branford.

The gunfire hit a man outside his nearby liquor store.

He was in stable condition at a hospital and is expected to recover fully, police and relatives said.

Police officials said during a news conference that they were still trying to determine the motive for the shootings.

They did not use the gunman’s name.

Police responded to a reported shooting on Main Street at about noon Tuesday. Officers were met with a barrage of gunfire and returned fire, Deputy Police Chief John Alves said.

“Yesterday was a very difficult day for the town of Branford,” Alves said. “We are very, very fortunate that more lives were not lost due to this incident.”

Police said they found the gunman dead in the apartment at about 6 p.m. and found multiple weapons, including handguns and long guns.

Protesters burn a restaurant in Atlanta after a black young man is killed by...

5 dead and 25 injured in the Chicago Army’s violence

3 killed, 1 hospitalized after a police driver fled to Homestead