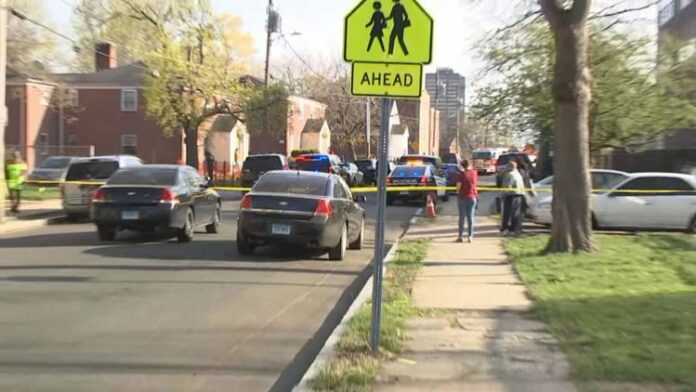 Two people are dead, including a three year old boy, after a pair of shootings that happened about a mile apart in Hartford.

The city is reeling from these killings.

Both shooting victims are boys, ages three and sixteen.

We’re learning that the capital city is deploying all of its resources to curb the violence.

The first shooting happened around 2:20 p.m. on the 100 block of Nelson Street.

Officers initially responded to the area after being alerted to a ShotSpotter activation.

As they were on scene, investigators were notified that a 3 year old boy suffering from a gunshot wound had arrived at an area hospital.

Dash camera footage obtained by police showed that a black Honda Accord had stopped along side another vehicle on Nelson Street prior to the shooting.

That’s when the passenger in the Accord fired several shots at the opposite vehicle before taking off.

The vehicle involved in the shooting was later found unoccupied.

Police said that the car had been reported stolen out of Windsor Locks.

After the shots were fired, the victim’s vehicle headed west down Nelson Street.

The intended target appeared to be a male passenger and had fled the scene on foot after the shooting.

Our camera captured the moment ShotSpotter alerted police of another shooting on Magnolia Street, which was less than a mile away.

16-year-old Jamari Preston of New Britain died from the shooting, while the other victim’s injuries are unknown.

We learned multiple shooters and firearms, including a rifle, were involved.

Throughout the afternoon, sirens rang out in the capital city.

The violence seen today typically is common during warmer weather.

Prior to the shootings, the city’s top cop shared the department already staged officers throughout, both plain clothes and uniformed.

“We had preplanned details tonight with the Department of Motor Vehicle and with the Connecticut State Police so they are now out there with us as well,” Hartford Police Chief Jason Thody said.

Hartford Police say the officers’ mission will focus on any potential retaliation.

Police tell us there’s no indication the shootings are related at this hour.

As for the Nelson Street shooting, police are looking for multiple suspects in that case.

Police say it appears the boy sat in a vehicle with his siblings when the shooting occurred.

We do know the mother was in the car with her children, ages three, four and five.

“I am heartbroken and I am angry,” Hartford Mayor Luke Bronin said during a press conference Saturday night.

Police are still looking into whether these shootings are related.

One person killed in a Florida accident

Three killed in a shooting accident in California