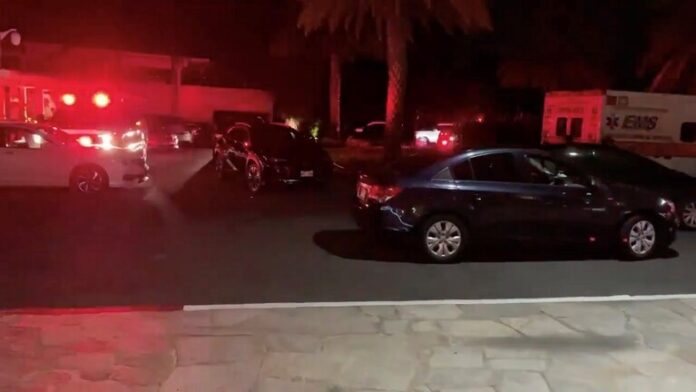 Media reported that the US Navy SEAL, who shot at a hotel in Hawaii, committed suicide.

The “Hawaii NewsNow” website reported that police surrounded a hotel in Honolulu, Hawaii, USA, after a gunman opened fire through the door of a guest room and was holed up inside, and there were no reports of any injuries.

The news site added that inmates and staff at the Kahala Resort and Hotel were sheltering in their places, and inmates were evacuated from rooms near the accident.

The site quoted police officer Brian Lynch as saying: “There were no casualties. We are waiting for the suspect to surrender.”

Videos on social media showed guests in the hotel’s dance floor and police spreading out at the scene of the accident.

A witness said that between 75 and 80 people were in the ballroom.

The incident began around 6 p.m. when the suspect fired the shots. The news site, quoting sources, said the suspect was a marine.

3- In custody after failing to stop the officers