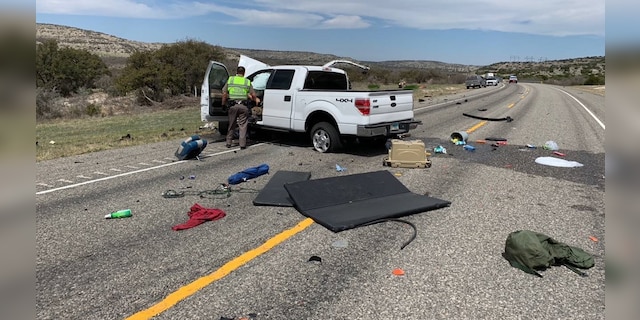 PHOENIX – A head-on collision involving two buses carrying workers at a gold mine killed 16 people and injured 14 others south of the U.S.-Mexico border near Arizona.
The crash happened at 3:36 a.m. local time near the entrance to the Noche Buena mine, about two hours driving distance south of the Lukeville, Arizona, port of entry, according to the Sonora Attorney General’s Office.
The mine used the two buses to shuttle workers, it said in a news release. Images of the crash site showed that the two buses had crashed head-on, obstructing the two-lane road.
All of the 16 passengers traveling in the smaller of the two buses died on the scene, while the 14 traveling on the larger bus were transported to nearby Caborca in Sonora, the attorney general’s office said.
Forensic staff was tasked with inspecting the two buses following the crash. They identified the individuals killed and injured. Everyone involved in the crash is from Mexico, they added.
Crash survivors were hospitalized with major bruises and fractures.
The Noche Buena gold mine is owned and operated by the British-Mexican firm Fresnillo plc. The company did not immediately respond to a request for comment.
They have operated the gold mine since 2012, according to the company’s website.