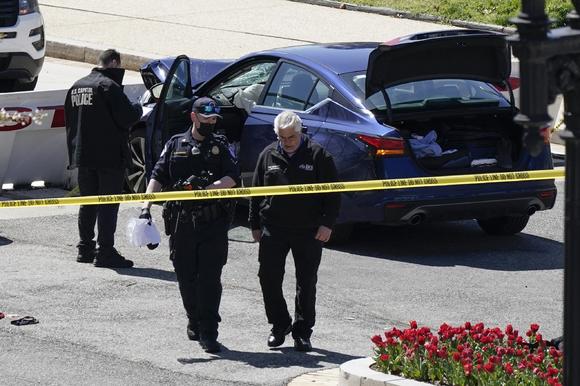 The suspect who rammed two U.S. Capitol Police officers at a barricade appeared to have a knife and was shot by police.

That’s according to two law enforcement officials who said . The officials could not discuss an ongoing investigation and spoke to the AP on condition of anonymity.

The officials say the suspect was critically wounded and was taken into custody.

The incident happened at a checkpoint near the Capitol. The Capitol complex was locked down after the shooting.

crash and shooting happened at a checkpoint near the U.S. Capitol as Congress is on recess. It comes as the Washington region remains on edge nearly three months after a mob of armed insurrectionists stormed the Capitol as Congress was voting to certify Joe Biden’s presidential win.

Missouri Capitol dome to honor fallen Independence firefighter, along with others