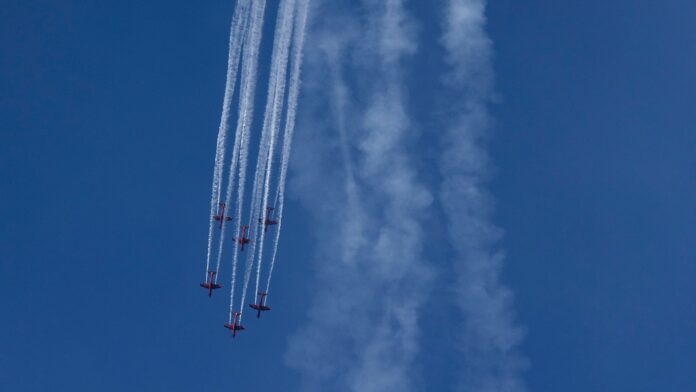 The Queen is marking the centenary of the Royal Australian Air Force (RAAF) during an open-air service honouring the Commonwealth country’s airmen and women.

The event is the head of state’s first public engagement outside Windsor Castle this year and is being held at the Commonwealth War Graves Commission (CWGC) Air Forces Memorial in Runnymede, Surrey.

More than 350,000 men and women have served in the RAAF since its formation in 1921, fighting in conflicts ranging from the Second World War to others in Korea, Vietnam and Afghanistan and Iraq, with more than 11,100 losing their lives in service.

The Duke of Cambridge will also mark the centenary with a video message being released later on Wednesday that reflects on the service, courage and sacrifice made by generations of Royal Australian Air Force men and women.

The message will be played at the RAAF centenary dinner being held in the Australian capital Canberra with guests featuring the country’s prime minister Scott Morrison and the governor-general, retired General David Hurley, who is the Queen’s representative.

Since the pandemic began the Queen has carried out a handful of official events beyond the walls of Windsor Castle.

She was last seen outside her Berkshire residence in November during the annual Remembrance Sunday service at the Cenotaph and, a few days before that, wore a face mask in public for the first time during a poignant visit to the grave of the Unknown Warrior at Westminster Abbey to mark the centenary of his burial.

A few weeks earlier she was joined by her grandson the Duke of Cambridge when she visited the Defence Science and Technology Laboratory, Porton Down in Wiltshire and formally opened the Energetics Analysis Centre.

The Queen has been carrying out her duties as head of state throughout the pandemic and has taken part in a number of memorable virtual royal engagements via video call, including one where she encouraged those who were hesitant to have the vaccine to “think about other people rather than themselves”.

A number of high-profile events have been staged in the grounds of Windsor Castle including a ceremony last summer where the Queen knighted veteran NHS fundraiser Captain Sir Tom Moore.

When the Queen arrived at Runnymede she was greeted by Claire Horton, director general of the Commonwealth War Graves Commission, and George Brandis, High Commissioner for Australia.

During the service the Queen’s equerry Major Tom White will lay a wreath on her behalf and following the event she will view panels bearing the names of Australian war dead and a display of fallen airmen and women in the memorial cloister, before meeting serving RAAF personnel.

The US Supreme Court decides to carry out the death sentence against a woman...

A man killed in Paramount shooting