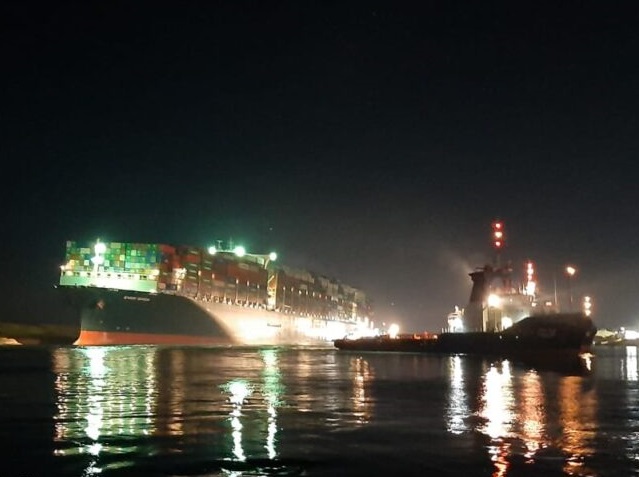 Admiral Osama Rabie, Chairman and Managing Director of the Suez Canal Authority (SCA), has announced today, Monday 29th March, 2021, that the Panamanian container ship has been successfully refloated. This was the result of successful push and tow maneuvers which led to the restoration of 80% of the vessel’s direction; with the stern 102 m. away from the bank of the Canal now instead of 4 m. prior to the refloating.

Maneuvers are set to be resumed once more during high tide at 11:30 a.m.; as it shall reach 2 m., allowing for the full restoration of the vessel’s direction so it is positioned in the middle of the navigable waterway.

His Excellency, Admiral Rabie, would like to reassure the international navigation society as navigation shall be resumed immediately upon the complete restoration of the vessel’s direction and directing it to the Bitter Lakes waiting area for technical inspection.

US plans to require COVID-19 shots for foreign travelers