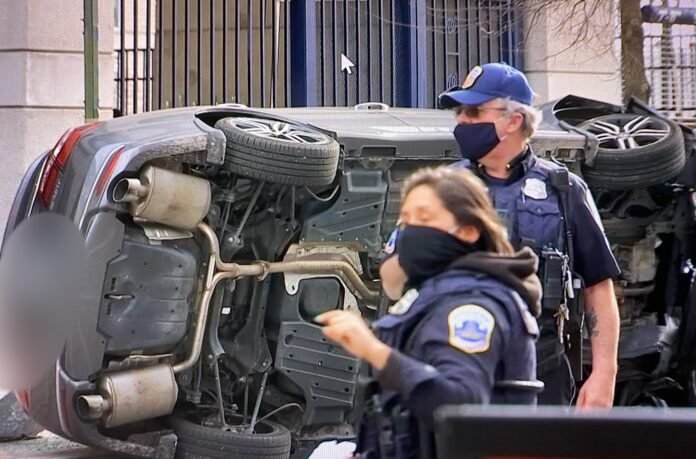 A Washington, D.C., Uber Eats driver is dead after two teenagers attempted to carjack him, sending him fleeing for his life and ultimately flipping his car.

Police say two girls, aged 13 and 15, attempted to carjack the man near Nationals Park in Washington’s southeast neighborhood, causing him to flee, flip his car, and eject from his seat onto the sidewalk

Video of the altercation quickly went viral on social media.

“I saw all the police cars first. Then, I saw the car, and I thought, ‘This must be a movie scene or something,'” Pamela Johnson, a Washington resident and bystander, said about the scene.

The victim has been identified as 66-year-old Mohammad Anwar, a father and grandfather who was originally from Pakistan.

“He was a hardworking immigrant who came to the U.S. in 2014 to build a better life for himself and his family,” Anwar’s family said in a statement. “The loss for his family is immeasurable.”

The police say a Taser was involved in the incident and that both females are in custody charged with felony murder and armed carjacking.

EXPLAINER: What to know as Chauvin sentenced in Floyd death