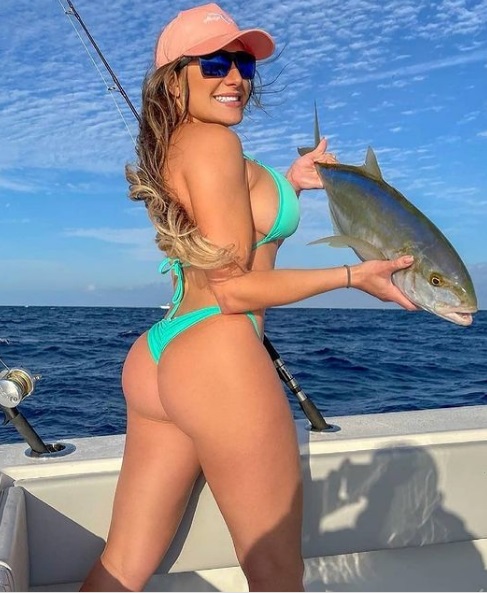 For those who’ve ever dreamt of drinking ‘the life to the least’ by making an adventurous trip to one of the most diversified place on earth, by laying the soul on to the ever warm lap of nature to get back the feeling lost in the mechanized life or by going wild with some blood-curdling fishing experiences in an anglers dream world, Florida keys are out there to let your dream touch down the reality. In the southernmost part of the USA, Florida Keys stand as an island archipelago on the Strait of Florida where the Atlantic with its freezing current merges with the warm waves of the Gulf of Mexico. There are around 1700 islands forming the keys that begin about 15 miles south of Miami and extend up to the Key West while finding their tails in the uninhabited islands near Dry Tortugas. The keys are subdivided as Upper Keys, Middle Keys, Lower Keys and the Outlying Islands. The first major key is the Key Largo followed by the Islamorada, the sport fishing capital of the world. The next major key is the Marathon, the heart of the keys, set apart by the seven-mile bridge shown in one of the James Bond sagas, the True Lies. But above all lies the Key West, the ultimate destination for the nature lovers and adventure seekers as well. It is where writers find their source of inspiration and anglers either past-timer or expert, find their way through hunting over two hundred species of fish sprawling in the crystal blue water of the Key West.

Where nature brings the souls together.

Legend has it that Earnest Hemingway wrote his A Farewell to Arms while seeking a peaceful time on the ever enchanting landscape of the keys where the ocean appears in different colors. This is where he wrote To Have and Have Not, his only novel with an USA setting. Not only that, popular TV serials entitling Key West or Drive found their plot in the setting in the Key West, the most populated and sought after city under Monroe County. All these are the clear indication of an enviable spot for each and everybody planning to be gone in the wilderness or lost in the tranquility. In fact the tropical climate that never let the area go beyond the freezing point in the known history; the highly rich bio-diversity in the forested areas of Dry Tortugas; presence of coral reefs; and most importantly the crystal clear water abound in fishes enough as to turn it a fishing paradise for the anglers, make the Florida keys an alluring tourist attraction.

Fishing in the Keys: There is hardly any fishing loving junk would be found in the entire USA, who are unheard of the fishing paradise, the Florida Keys. Many a lot legendary anglers were born in the keys and famous present-day anglers like Flip Pallet, Lefty Kreh, and even Jimmy Buffett have given birth to many mouth-watering adventures on the alluring water of the Keys. If you want to join the legend or even have the real taste of fishing expedition, there are several ways you can opt for

Giants are there to cast challenges like running the risk of your life.

Probably this is the most exciting fishing experience that makes always you feel like chasing down the legendary giants like marlin, sailfish, wahoo or even little sharks in the enthralling beauty of the scene putting Gulf of Mexico on one side and laying the strait of Florida on the other. Boarding on big ships, hunting big fishes, going for big tackles: all these big things may happen on a single trip for an offshore fishing which will definitely turn the adventure a worth remembering event in your life with all its colors and flavors. You necessarily need not be an expert angler. Just bring your boat down the sea with a guide or charter a boat available all the year round or be a part of a big ship waiting to take you to the Gulf Stream. There are always a number of experienced captains to guide you through in your fishing spree, taking you to some great fishing spots like Clearwater, St. Petersburg, Tampa, Sarasota or the Orlando Florida area. The incredibly excellent climate along the gulf is best suited for salt water fishing charters that can lead you to chasing after species such as marlin, sailfish, waho, king mackerel, cobia, tuna, amberjack, spanish mackerel, dolphin ( locally known as mahi mahi), shark, barracuda and many others you have ever imagined of. Grouper and snapper are also worth mentioning as they are available all the year round specially near Tampa Bay, the grouper fishing capital of the world.

Catching sailfish in an offshore trip can give you the ultimate thrill.

To make your offshore fishing adventure a success, selecting a good charter with an expert captain is always important as they are to take the responsibility of taking you to a perfect fishing spot, providing you with required tackles along with their expertise and above all for ensuring a happy ride giving you all the thrills of running after the giants. Captain Frank, Bill Wallace, Ben Morehouse, Mike LeDrew, Rob Delph and many other experts are there to lead you to the gulf in the charters like Offshore Hustler, Coolwater, Outcast, Coolcast, Dream Catchers etc.

Your intense motivation might get you to an exhilarating end.

The enigmatic backcountry water surrounding the uninhabited mangrove islands offers the most challenging and addictive angling in the world. Famous anglers like Zane Grey applied their expertise in catching landing sailfish, giant tarpon and specially bone fish moving across the miles of shallow sands and grass flats encircling the keys. It is all about your dedication and patience that can make you a success in flats fishing. Once you spot a fish under the pristine water, the next thing you get to do is to ensure an accurate cast before it sees you. You timing as well as the position of your boat determines how you would come up with your sight casting challenges. This kind of visual fishing is actually unexplainable as far as putting things into perspective is concerned; but an efficient key west guide can lead you to an unforgettable experience of facing a one on one situation with the spooky species already known about their vulnerability comparing to deep sea.

Going on with a flat fishing in an environment of unparalleled beauty all you need is to have shallow boat, an expert guide to spot the fish and position the boat in your convenience and some light tackles like spinning rod or fly. Backcountry water, coral reef or some ship wrecked areas might be great for a thrilling chase after species such as tarpon, permit, bonefish, redfish, snook, sea trout, barracuda, jacks, sharks, and cobia.

Fishing on the line where the black meets the blue. Along with these offshore or inshore fishing, there are other ways out to replenish your angling experiences with reef fishing, harbor fishing and particularly the bridge fishing, feeling a romantic and inviting look of nature instilling into your heart. Excellent fishing can be added to smoothening time from the bridges like Ling key, Tom’s Harbor, Seven Mile, Spanish Harbor, Shark Channel and some other bridges open for fishing.

Fishing Calendars: For the best catching experiences in fishing in Key West or in Florida keys a fish calendar might be a great help as many of the species available in the area are migratory and visit the place during a particular time of the year. Although there are species caught all through the year; considering the best statistics of the species caught all the year, some of the most sought after fishes are listed below along with the best time to go for fishing.

Tarpon: Best from Late February to September but can be caught all the year.

Permit: Best during spring & summer but caught in all the year.

Hogfish and Lobster: Best from August to March.

Barracuda: all the year.

Dolphin (also called Mahi Mahi or Dorado): Best in spring & summer but caught all through the year.

Blue Marlin: Best months are October & November and again in May & June, but caught all the year.

Yellowtail snapper: best in May to September.

Real fun lies in catching & releasing in a fishing sport.

Fishing tournaments organized all through the year make the Key West more lucrative to the highly skilled anglers or the fishing lovers altogether. People from all walks of life can participate in the tournaments in different categories. Men, women or juniors compete with their peers to catch more than 30 species of fish. The list of some fishing tournaments held in the Key West is as follows:

March to November: Key West Fishing Tournament that run for seven months providing opportunities to the people in general.

Last but not the least, it worth’s telling that to bring back the real taste of your life and to shed off the burden of your regular activities fishing in the Florida Keys might be a great experience with an everlasting effect. Making an enviable trip to deep sea fishing, going for some flat fishing or participating in a fishing sport with your friends can really fill your heart with some unforgettable memories on the crystal blue water of the Straits of Florida.

He wanted to surprise his father-in-law on his birthday, so he ended up being...

Bill Gates expects to have 6 anti-Corona vaccines available to the American community within...