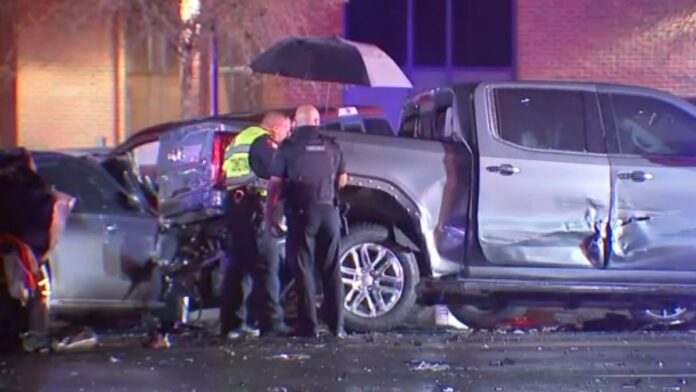 A woman and two of her children died and a third child is in a hospital on life support after a fiery seven-vehicle crash Sunday in northern Harris County.

The car in which the woman, her 7-month-old infant, 5-year-old child and 2-year-old child were riding caught fire when it was struck from behind by the vehicle whose driver is suspected of being impaired, Harris County Pct. 4 Constable Mark Herman said.

The woman, the infant and the 5-year-old died.

The toddler was flown to Memorial Herman Hospital

The driver believed to have caused the accident is hospitalized, but could face intoxication manslaughter charges, Herman said.

5 in van killed in tractor-trailer crash in Ohio

Costly and critical: the battle for a key Yemeni city