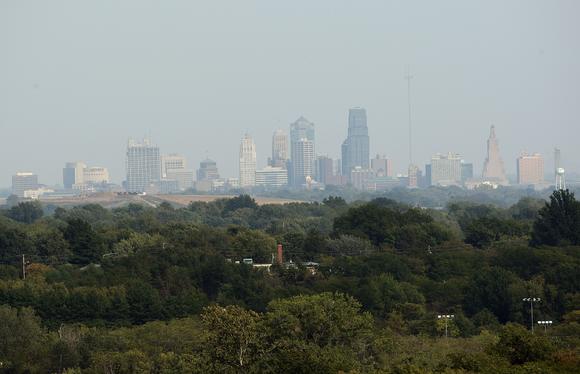 CEDAR POINT, Kan. (AP) — A fire fueled by dry grasses and strong winds burned some 7,000 acres of grassland and two homes in east-central Kansas on Wednesday.

Several fire departments were called to the area in Marion and Chase counties for what was dubbed the Clover Fire. Two homes were destroyed by the fire, but fire crews were able to save several other homes and buildings, Marion County Emergency Management Director Randy Frank told station KWCH.

The two homes destroyed were described as abandoned, and no injuries from the fire were reported.

The fire was first reported around 2:30 p.m. Wednesday near Burns in southeast Marion County and was pushed east into Chase County by high winds. Officials had the fire under control by Wednesday night with the help of a Kansas Forest Service air tanker and shifting winds, Frank said.

ISU freshman says being blind won’t stop him from success