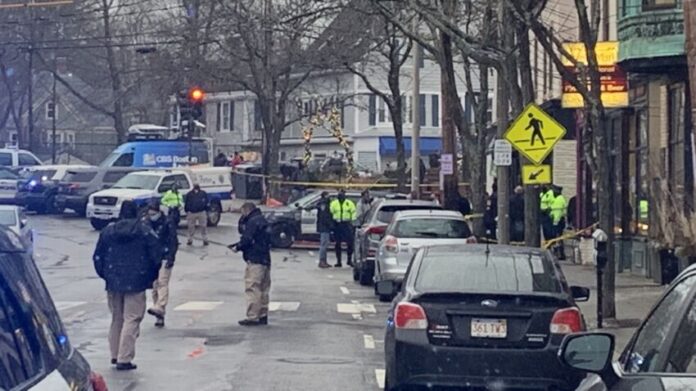 The family that owns the Indulge! The candy store in Newton, Massachusetts is still shaken after a man was killed by police after leaving their shop on Lincoln Street.

“We learned that this person suffers from psychological problems, and it is sad that he lost his life,” said the shopkeeper’s husband, who requested anonymity. “It was heartbreaking, we are both so emotional about it.”

The shopkeeper’s husband says that the man who lives above their store came to the store with a knife towards his wife.

“He told me, ‘I want you to go upstairs with me,’” said the shopkeeper’s husband, and I noticed that he was carrying a knife.

The owner was able to call 911 while trying to comfort this man.

Meanwhile, operators heard enough information to get the police there quickly.

“The owner definitely kept his cool in a difficult situation and was able to protect himself as well as communication and supply by keeping the 911 line open – a reasonable amount of information for the police that would respond,” said Marianne Ryan, Middlesex District Attorney.

The suspect made the owner walk outside the store, and I managed to lock it when the police arrived.

Ryan said that when Newton’s police arrived, they chased the armed suspect upstairs toward his apartment.

Ryan said, “During the subsequent interaction, Newton’s police deployed less than lethal force, using a beanbag rifle, at 2:01 pm, one of the state soldiers who responded fired an electric lightning bolt.” “Neither of these uses of non-lethal force succeeded in subduing the suspect.”

Ryan says it’s when two officers shot the suspect, who later died. He was 28 years old.

The shop owner’s husband says this was a sad result, but he is very grateful that his wife was not harmed.

“I am incredibly proud of her and once again we feel sad, but the worst outcome would be if something happened to both of them,” said the shopkeeper’s husband. “So we’re glad she’s fine, but I’m sure she will have some stress to deal with, I don’t think she will sleep well tonight.

6 shot on a bus in California,