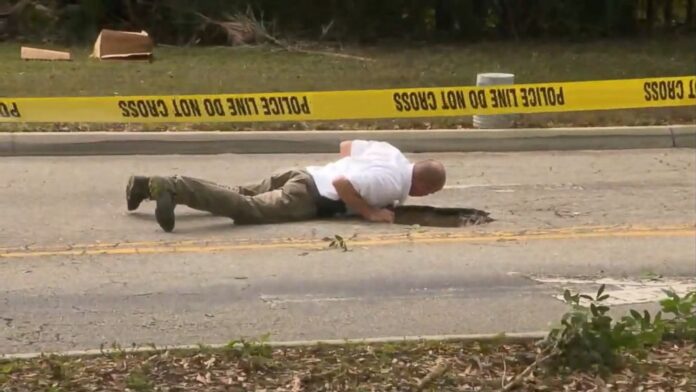 Seemingly coincidence played a role in preventing a bank robbery by digging a tunnel, if rain in Florida exposed digging operations under a street in order to reach the bank in Miami.

The FBI stated that the tunnel, which was being worked on, was about 50 meters long and less than a meter in diameter, and contained a generator inside, a ladder and a chair, and investigators also indicated that the tunnel was heading towards the bank’s ATM

Later, the police found a crane and a car that were used to transport the dirt and rocks resulting from the drilling operations, which seemed to be obstructed by heavy rains in recent days and caused some collapses inside the tunnel.

The police quickly published pictures of the car, the crane and the generator, in the hope that some people would recognize their owners, which would facilitate the arrest of these thieves.

Disappearances rise on Mexico’s ‘highway of death’ to border

30 people only wearing underwear were found rescued in a human trafficking bust in...

As the going gets tough America returns to experts for help

A woman killed, a 10-year-old wounded by a bullet in the legs in Detroit