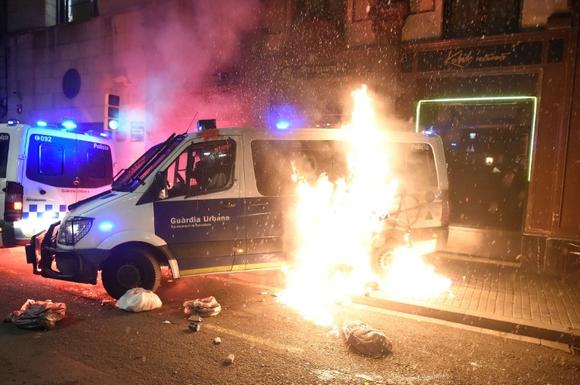 AFP- A police van was torched and looting broke out as police and protesters clashed in the latest demonstration in Barcelona, 11 days after the jailing of a Spanish rapper in a highly contentious free speech case.

Spain has been rocked by angry protests since police jailed rapper Pablo Hasel on February 16 for nine months over tweets in which he glorified terrorist attacks, likened former king Juan Carlos I to a mafia boss and accused police of killing demonstrators and migrants.

Since his jailing, protesters have turned out most nights, with the demonstrations broadening to include other social causes, such as the EU’s unemployment rate and increasing rent prices.

Several hundred people demonstrated on Saturday in Barcelona, the capital of Hasel’s home region of Catalonia,

The number of black Americans who have been treated for corona is 4 times...

MU Health Care to require all employees, medical students to be vaccinated