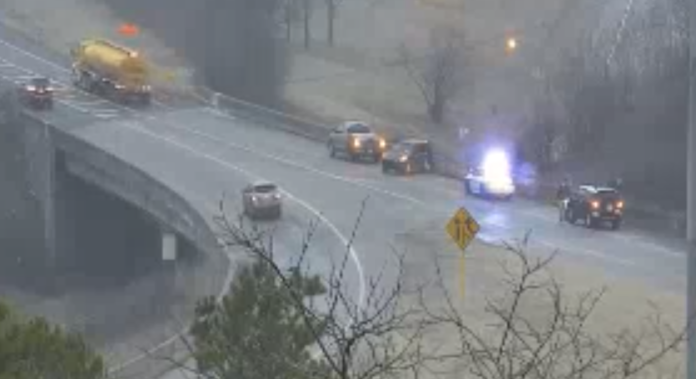 Snow spots caused by freezing drizzle and fog caused another chaos for drivers across the region. Conditions prompted the National Weather Service to issue a winter weather alert from 8:00 a.m. to noon for parts of the region.

In Mt. Juliet, has reported multiple accidents to police across town, describing the driving conditions as hazardous. There officers responded to incidents on the I-40, Mt. Juliet Street. And different side streets. Police closed North Greenhill Road. Near Green Hill High School due to snow.

In Williamson County, the Sheriff’s Department urged caution in a Twitter message: “Icy road conditions make this morning’s travel dangerous throughout the county. Even major roads and highways are icy. WCSO_Sheriff advises you to stay home unless you have an emergency.”

Temperatures remained in the low twenties, with Winter Storm Watch rolling into effect across central Tennessee in the evening.

A 3-year-old boy was shot in Indiana