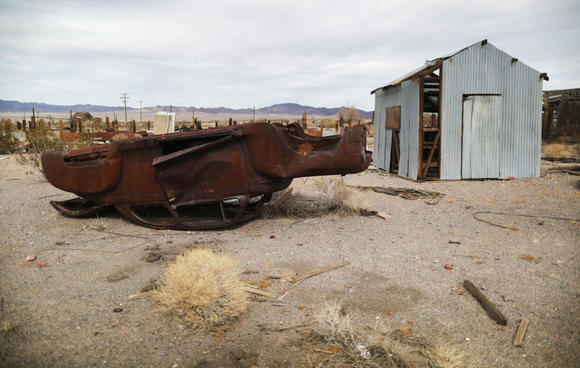 RIDGECREST, Calif. (AP) — A magnitude 4.0 earthquake rattled the Mojave Desert in Southern California on Friday afternoon, according to the U.S. Geological Survey.

The earthquake occurred shortly before 4 p.m. roughly 40 miles (64.37 kilometers) from Ridgecrest, California, in the southeastern part of the state, according to the geological survey. It was reported at a depth of 1.5 miles (2.4 kilometers).

The Los Angeles Times reported that an average of 25 earthquakes with magnitudes between 4.0 and 5.0 occur annually in California and Nevada.

Two earthquakes — magnitudes 6.4 and 7.1, respectively — in the region in 2019 shook the small desert town of Ridgecrest, which is about 150 miles (241 kilometers) from Los Angeles. No fatalities were reported, which authorities attributed to the remote location of the Mojave Desert. But the quakes buckled highways and ruptured gas lines that sparked several house fires.

2019 Homicide: Suspect charged for murder of 23-year-old in NE Charlotte

2 killed, 10 wounded at party on Chicago’s South Side