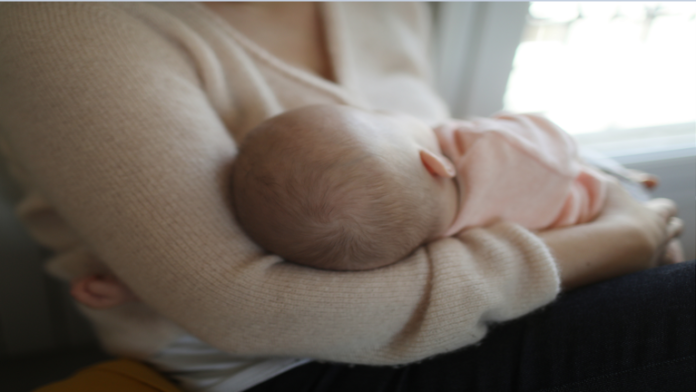 A team of researchers reported that breastfeeding women infected with “Covid-19” do not transmit SARS-CoV-2 into their milk, but rather do transmit milk-derived antibodies capable of neutralizing the virus.

The team analyzed 37 milk samples provided by 18 women diagnosed with “Covid-19”. Researchers led by the University of Idaho did not find the virus in any of the milk samples, but nearly two-thirds of the samples contained two virus-specific antibodies.

The researchers reported to the American Society of Microbiology that: “Our data combined do not support the transmission of SARS-CoV-2 from mother to child through milk. These results support recommendations for mothers to continue breastfeeding during mild to moderate Covid-19 disease.”

Researchers Michael Shelley McGuire and Marc A. McGuire led the work, funded by the Bill and Melinda Gates Foundation.

Shelly is a nutrition researcher focusing on breast milk and directs the Margaret Richie School of Family and Consumer Science. Marc is a lactation physiologist who runs the Agricultural Experiments Station in Idaho. Both are on the faculty of the College of Agriculture and Life Sciences.

The researchers shared their findings on the CALS website and the podcast The Vandal Theory.

The primary study published in mBio reported the first group of 18 women who provided milk samples. Shelley said the results of the largest study funded by both the Gates Foundation and the National Science Foundation are forthcoming, but the researchers are confident that they will support, expand and confirm the preliminary findings.

The researcher, Rebecca Powell, had asked mothers of newborns to donate breast milk for study, in the hope that he would carry an anti-corona virus.

A breastmilk immunologist recently put up her strange request on social media, and specifically requested samples from New York City, the epicenter of the outbreak in the United States, to check whether the antibodies stuck in human milk can protect children from the Corona virus and perhaps even adults.

Powell said, “There are many breastfeeding women who are infected and they are ready and willing to donate milk. I can tell you that I have hundreds of e-mails for women who want to participate, and many of those suspected of being seriously infected with the virus have said that or that the test was positive.”

According to Powell, human breast milk is full of powerful disease-fighting proteins, known as antibodies, that can help immunize babies against viral infections, such as measles, which is part of the reason doctors call new mothers to breastfeed.

And now, Powell believes that the protective properties of breast milk could help scientists develop an effective treatment against COVID-19.

Despite its known health benefits for the newborn, human breast milk has not been extensively studied to demonstrate its benefit outside of infant growth.

Just as mothers can pass their ability to cure their newborns through milk, it is not yet clear whether or not they can pass the cure of the Coronavirus in the same way.

In Mount Sinai, Powell said she and her team would be willing to pay $ 5 for each ounce (about 30 ml) of milk donated by women in New York City. It also welcomes samples from outside the city, which are sent by mail, as long as the mother is confirmed or suspected of having COVID-19, or if she is at risk of infection, such as health care workers.

The study’s first step will be to search for antibodies in the milk of women who have been confirmed to be infected with the corona-virus. Then, it will analyze these antibodies to find out how well they kill viruses. If all goes as hoped, doctors will devise a way to separate the immunomodulatory properties of milk and introduce them to patients.

An HFD fire detective was shot dead in Northwest Houston

A father was killed in a mobile car shooting while walking with a 6-year-old...