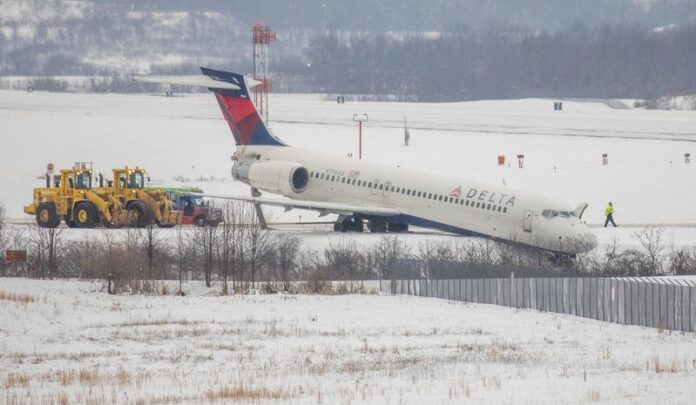 PITTSBURGH (AP) — A plane with 77 people on board slid off a taxiway before takeoff at Pittsburgh International Airport, but no injuries were reported.

Delta Air Lines Flight 2231 was about to depart when it slid partway into a ditch around 6:30 p.m.. The Boeing 717 was headed to Atlanta.

The plane was safely evacuated, and all those on board were driven by bus back to the terminal. Delta said many passengers chose to continue their travel late Wednesday night on an alternate aircraft it provided, while others left Thursday morning on a regularly scheduled flight.

The National Weather Service reported light snow at the time, along with fog and three-quarters of a mile of visibility.

Delta said it is conducting a full review in coordination with the Allegheny County Airport Authority and “other aviation stakeholders.”

A woman dies after a vehicle collides with trees