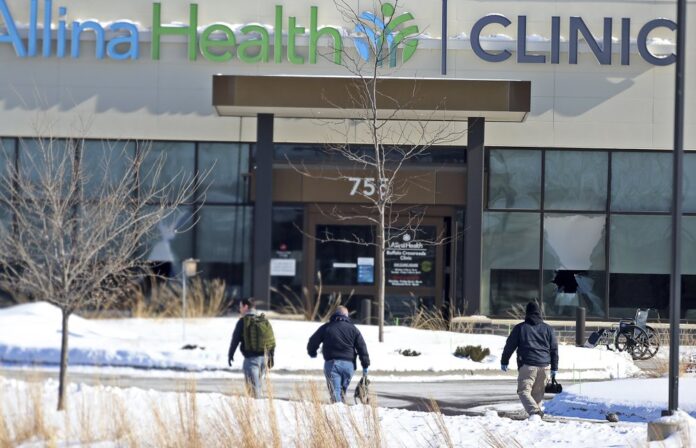 BUFFALO, Minn. (AP) — A 67-year-old man unhappy with the health care he’d received opened fire at a clinic and injured five people, and bomb technicians were investigating a suspicious device left there and others at a motel where he was staying, authorities said.

All five victims were rushed to the hospital. Three remained in stable but critical condition evening, and a fourth had been discharged. The condition of the fifth victim was not immediately known.

The attack happened at an Allina clinic in Buffalo, a community of about 15,000 people roughly 40 miles (64 kilometers) northwest of Minneapolis. Authorities said Gregory Paul Ulrich, of Buffalo, opened fire at the facility and was arrested before noon.

Texas Wife kills her husband because of the cat

Brad Pitt believes Alya Shawkat is one of the most beautiful people in the...