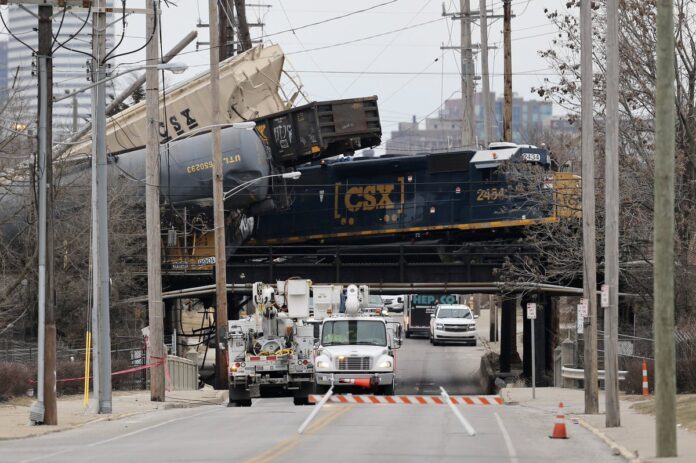 In addition, about 1,000 gallons of diesel fuel was leaking from one of the locomotives.

“This spill has been contained and no waterways have been impacted, but Gest Street has been closed as a precaution and to facilitate cleanup,” CSX Transportation’s Brian Tucker said.

All of the train cars were empty at the time of the derailment, Potter said. Only one car had residue inside but no hazardous materials were released.

Representatives from Duke Energy were also on hand to help with power outages.

Gest Street is closed between Dalton Avenue and Evans Street.

“CSX appreciates the rapid response from local first responders and we are committed to working swiftly and safely to recover the derailed cars and fully restore the area. The cause of the incident is under investigation,” Tucker said.

2 girls, 10 and 7, thrown from pickup truck, killed in rollover crash on Interstate 93 in Littleton, N.H.

A Florida woman stumbles upon a snake in her washing machine