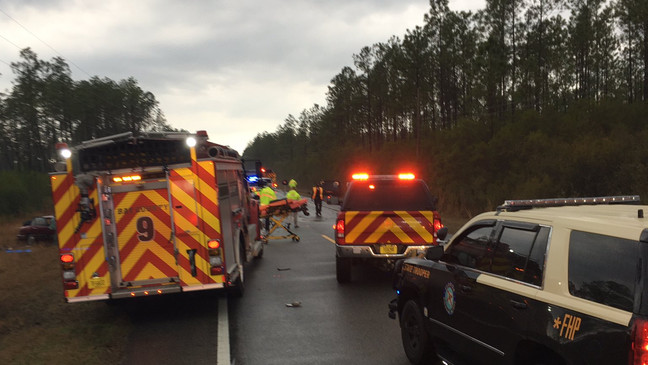 Four people were killed in a crash on Highway 388 in Panama City.

Florida Highway Patrol says a sedan crossed lanes and collided with a pickup truck in front, in Panama City.

Three of the four victims died at the scene. The fourth died in hospital.

The fatal victims were all in the car. The identities have not been released yet.

The truck driver was slightly injured.

Dead person founded near the border

2 found dead in a parked car in St. Louis