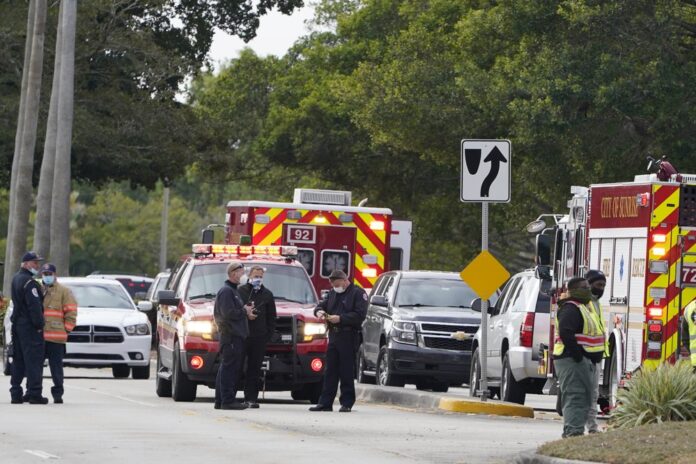 An 11-year-old boy from Minnesota who was shot five times managed to tell officers before his death that his mother’s friend had shot him and killed his mother and sister, according to criminal charges filed.

Tiketh Jones, 26, has been charged with three counts of second degree murder in the murder of Dzondria Wallace, 30, her 13-year-old daughter Laborsha, and her 11-year-old son, Jacoby. The house is in St. Paul. Jones was due to appear in court for the first time.

The complaint states that Dzondria was shot twice and that Laborsha was shot ten times. They both died when the officers arrived. Jacorby was still breathing and was rushed to the hospital for emergency surgery, but he did not survive.

Wallace’s nephew told police that Jones was an ex-boyfriend of his aunt and that he had been violent towards his aunt – he even shot a bullet at her – in the past.

According to the criminal complaint, Jones told the police that he killed Dzondria Wallace and her children to save “them” and pointed to the pictures of the children.

“Yes, I saved them – they can go up there to be holy,” he told investigators at one point, according to the complaint. The complaint identifies the victims with initials only, but family members have publicly disclosed their names.

Prosecutors say police have called an apartment in St. Paul by calling 911 and saying there are three people inside and blood everywhere.

The first officer who arrived could only push the door open about one foot because Laborsha was lying in front of him. The officer pressed inside and saw Dzondria lying on the sofa, face down. The boy was face down, but he was breathing and gurgling.

First responders asked Jacoby who had shot him, and he replied, “Keith,” who he said was his mother’s friend.

Wallace’s nephew told police that Jones was his aunt’s ex-boyfriend but that he continued to go home even after they separated. His nephew said he last saw Jones in December when Jones broke into the kitchen window. The complaint said Jones was “swinging DW” and accused her of seeing other men. Jones calmed down in the end but went mad the next day and fired his gun at Wallace but missed, his nephew told police.

Ramsay County Attorney General John Choi said in a statement, “My heart sinks to the knowledge that a mother and her two children have been taken from us in such a violent and meaningless way. We will do everything in our power to bring justice to the victims and our community in this case.”

Walmart is collaborating with FedEx on returns from home