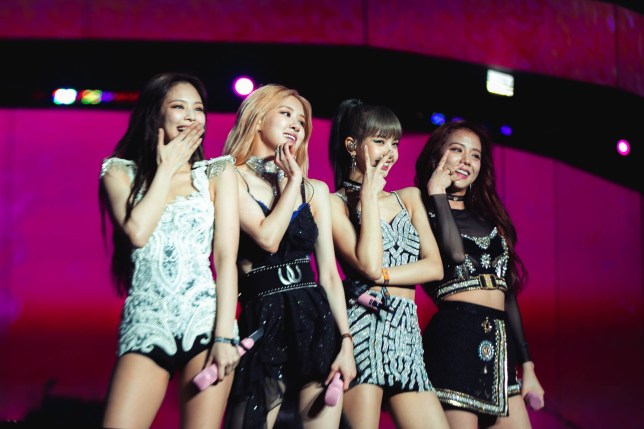 BLACKPINK joined Brooke Reese on Beats 1 on Apple Music in promoting their latest EP, Kill This Love, which has fallen. In between conversations about their first visit to the US and being part of the K-pop movement, the quartet talked enthusiastically about their collaboration with Dua Lipa. The group of girls appeared in the luxury version of “Kiss and Make Up,” and they said they were “grateful” that Dua approached him to work together. They remember meeting her at a concert and how sweet she was, and cooperation was born.

In an interview with Billboard, Dua Lipa revealed that she was the one who proposed BLACKPINK’s “Kiss and Make Up” collaboration. Dua said, “I sang in Seoul last spring when BLACKPINK’s Jenny and Lisa came to watch.” She said the song Kiss and Make Up was originally supposed to be her second album, but once she returned to England and heard it again, she thought it would be cool as a collaboration with BLACKPINK. “We exchanged many messages after that. BLACKPINK changed some of my English words to Korean. This is how the song originated,” Dua Lipa continued.

On September 4 KST, Dua Lipa released the playlist for “The Complete Edition” from their album “Dua Lipa”, which will be released on October 19. Included on Disc 2 is a song titled Kiss and Make Up with BLACKPINK. “So excited to release a super deluxe release of my album on October 19 with 3 new songs!! Think of this as a little gift to finish this album cycle !? Thank you for all the love and support. ?????” I tweeted alongside.

Parson to Missourians: Take ‘personal responsibility’ and get vaccinated