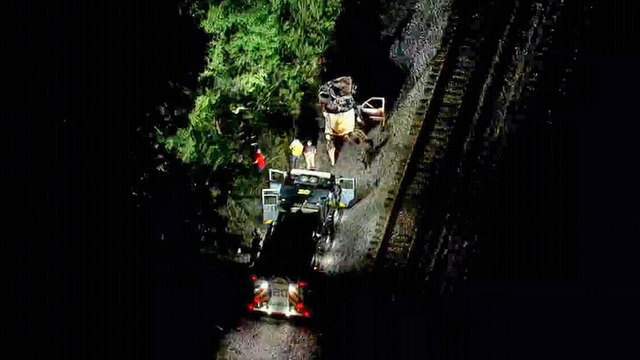 A florida man is accused of vehicular homicide following a truck vs. train crash four years ago that killed his passenger.

Richard Tillman, 45, was taken into custody.

Investigators said Tillman drove across the railroad tracks when the crossing guards were down and the lights were flashing. His passenger died when the train collided with his truck.

Tillman was taken to the hospital in critical condition and his passenger, 38-year old Caleb Osborne, died at the scene.

At the time, Florida Highway Patrol said it appeared Tillman drove around railroad crossing arms in an attempt to beat an Amtrak train that was carrying more than 200 passengers. Years later, after Tillman had healed from his injuries, he was arrested and charged with vehicular homicide.

News4Jax crime and safety expert Ken Jefferson says in the eyes of law enforcement, Tillman was responsible for Osborne’s death.

“The fact that he went around a railroad crossing arm and was hit by a train shows that he was negligent,” Jefferson said.

Not only was Tillman considered negligent, at the time of the crash, he was not legally allowed to drive because his license had been suspended. Court records show Tillman has a history of being pulled over and had been either cited or arrested for driving on a suspended license.

Given that he was illegally behind the wheel and still chose to allegedly disregard a railroad crossing arm that led to his passenger dying, Jefferson believes prosecutors are unlikely to cut Tillman any slack.

“A lot of times, prosecutors want to make an example out of people who commit these kinds of incidents. This other person would have been alive had he not gone through that arm which caused his death,” Jefferson said.

Osborne’s family lives in North Carolina. News4Jax was not able to get into contact with them, but according to a pastor who knows the family, Osborne was a missionary who spent a considerable amount of time in the Philippines. The pastor also wrote in a Facebook post that Osborn left behind two children.

One person is killed and one seriously injured after a driver collides with a...